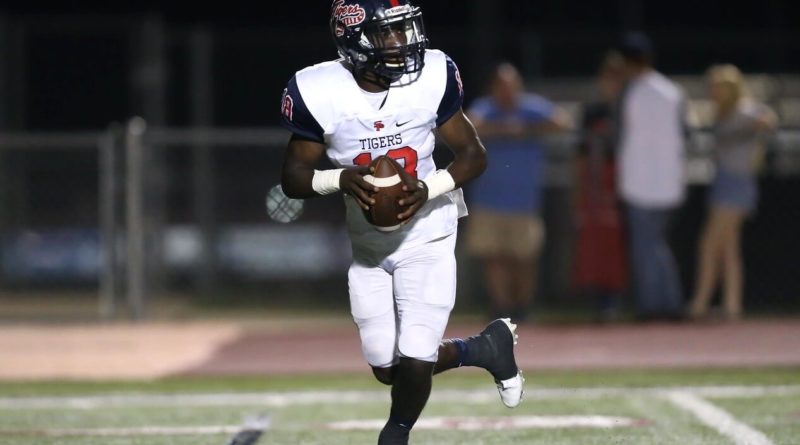 QB Luke Altmyer scored on a 74-yard TD run on Starkville’s first offensive play and the Yellowjackets went on to build a 19-point lead before holding off a late West Point rally. — GAME STORY

Running back JaKobe Pate had a big game — including an 81-yard TD run — but West Point couldn’t keep up with Starkville. — GAME STORY

Tate Collins and Duke Arnold both rushed for a pair of touchdowns as Anthony Hart’s squad started the 2020 season with a win. Next up for Madison Central? A road game at Pearl. — GAME STORY + PHOTOS

Cody Stogner picked up the win in his head-coaching debut for Picayune, but it wasn’t an encore of the 63-7 whipping the Maroon Tide put on the Wildcats in 2019. Meridian trailed just 23-30 going into the fourth quarter after a John Vaughn kickoff return, but a late Picayune touchdown put it away.

Jarquez Hunter, arguably the state’s best running back, carried the ball 32 times for 179 yards and two TDs to lead the Rockets to a season-opening win. — GAME STORY

Hattiesburg’s defense was the story as they forced eight turnovers and held Laurel scoreless for three quarters. Makel Jones put the game away for Hattiesburg with 3:15 to play on a 30-yard pick six. — GAME STORY

Wayne County rallied from a 21-point second-half deficit to pull within a touchdown, but the Warriors were able to pull it out. — GAME STORY