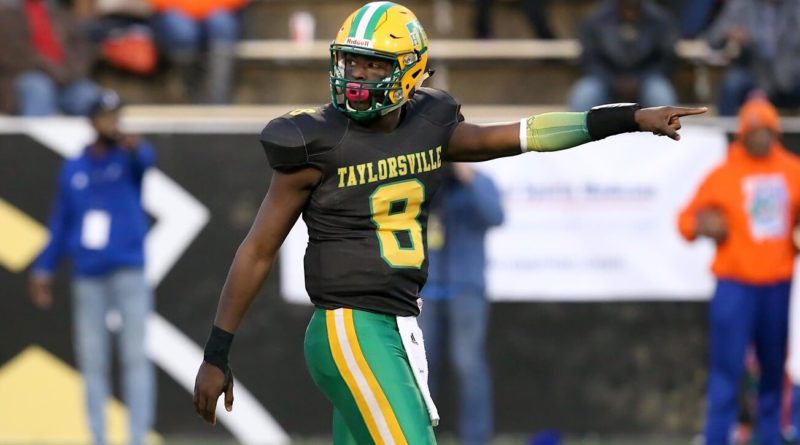 Here is an inside look at Class 2A entering the 2020 Mississippi high school football season. (Feature photo by Keith Warren)

Teams that put up an average of 37.6 points a game are tough to beat, just ask any 2A team that got in Taylorsville’s way last season. Senior Ty Keyes is, simply put, one of the best quarterbacks to come through Mississippi in a decade. After passing for more than 12,000 yards in his first three seasons, Keyes needs 3,120 more yards to become the Magnolia State’s all-time leading passer. Junior LB Karson Evans (50 tackles in 2019) is one of only four starters returning on defense.

Last year: 11-3 (3-1 in Region 6), lost to Taylorsville in the South State championship

If there’s anyone who can take down the Tartars, it’s the Rebels. Coach Devin Cooper returns a ton of talent from a team that took Taylorsville to the wire in the South State championship a year ago. They’ll again hang their hat on a defense that allowed a little more than 10 points a game last season, but there’s lots of talent back on offense too. Senior quarterback Treyon Wash leads a group of returning starters that includes last season’s top four rushers and top four receivers.

Last year: 12-2 (4-0 in Region 6), lost to Taylorsville in the third round of the South State playoffs

The highlight reel from Kadarius Calloway’s junior season is as good as some guys’ whole careers. He leads an offense that averaged better than 33 points a game last season. The key will be replacing quarterback Asher Morgan. The defense returns several key starters after allowing opponents just 16.5 points a game a year ago. Senior linebacker Jatarian Hudson and senior kicker Connor Long were first-team all-region selections as juniors last year.

The Tigers don’t return a ton of production on the offensive side of the ball, but have always been a team that hangs its hat on defense. That said, junior quarterback Chris Bradford has a full season under his belt and junior tailback Mook Prince is the kind of guy you can build a whole offense around. He’s even better on defense though, and led the team with five interceptions a year ago. Senior linebacker Enoch Harris can disrupt even the best of offensive game plans.

Last season: 10-3 (4-0 in Region 4), lost to East Webster in the second round of the North State Playoffs

The Chiefs usher in the start of the Ryan Keeton era with a slew of talent returning. Quarterback Quay Ragsdale is the team’s top returning rusher after averaging 11.2 yards a carry on his way to a 1,000-yard season as a sophomore. Junior Mikilan Taylor returns as the team’s top receiver and snagged four interceptions as a defensive back last year. Linebacking brothers Matthew and Garrett Day are back after combining for 48 tackles behind the opposing line in 2019.

2A STORYLINES TO WATCH

Keyes to the kingdom

Ty Keyes has started in every 2A state championship game since 2017, going 2-1. If he can stay healthy and take the Tartars back to the title game in 2020, he’ll have a shot at both a third state title and the top spot in Mississippi’s all-time record book for passing. Keyes committed to Tulane back in July.

No love on the North Side

After putting together a marquee 14-1 season last year, North Side High in Shelby, Miss. will likely miss the entire season after its district school board voted to delay athletic activities through August due to Covid-19. It’s a shame, too, because the Gators were starting to roll under third-year head coach Tavares Johnson. It also opens the door for Charleston, which finished runner-up behind North Side in Region 4 a year ago. They suddenly face a 2020 region schedule without three normal opponents: North Side, Leland and O’Bannon.

East Webster coach Ron Price completed his second rebuilding job last season when he led East Webster to the third round of the North State playoffs. After taking his former team, New Albany, from 3-7 to 13-1 from 2008 to 2010, he has taken the Wolverines from 6-7 in 2017 to 11-2 last season. What comes next is anyone’s guess, but Price returns senior quarterback Steven Betts and two all-state quality linebackers in Ethan Roberts and Kobe Smith.

What a treat! We rarely get a matchup as intriguing as this one in Week 1, but this non-league game between the Chiefs and the Rebels is likely a preview of a matchup we’ll see again deep in the 2A playoffs.

It’s odd to count a game that doesn’t involve two 2A teams as a “game to watch,” but everyone should be excited to see if Taylorsville can avenge its only loss in 2019. The Patriots played keep-away and beat the Tartars 28-0 in Jackson last season.

The Tornadoes beat the Rebels 24-14 last season, effectively winning Region 6 in the process. You can be sure Scott Central has this one circled on the calendar, especially considering they lost by just 10 points despite five turnovers.