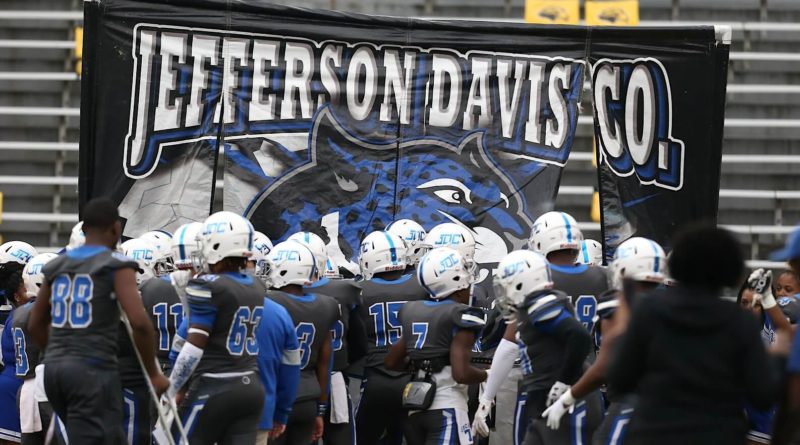 Here is an inside look at Class 3A entering the 2020 Mississippi high school football season. (Feature photo by Keith Warren)

The decision to retain Bassfield coach Lance Mancuso when that school consolidated with Prentiss to form Jefferson Davis County has translated into state championships in two out of the school’s first three seasons. The Jaguars lost a ton of key players to graduation, but that’s nothing new for a program that seems to reload rather than rebuild.

The Wildcats were so close to breaking through last year. But after beating Jeff Davis County in the regular season and capturing the Region 8 title, they lost the rematch in the South State finals. Returning tailback Omar Johnson is the kind of guy you can build an offense around, and Columbia returns key pieces for a defense that allowed just 10.9 points a game last season.

As always, the Tigers are loaded on defense. Second-year coach Teddy Young returns six of the top eight tacklers from a defense that lived in opponents’ backfields and created 29 turnovers and blocked three punts and two field goals. If coach Teddy Young finds a viable option to replace graduated quarterback Marlon Windham, look out.

Magee appears to be loaded headed into the season, starting with arguably the best quarterback in 3A Chandler Pittman, who passed for 3,000 yards and ran for another 1,300 as a junior. There are plenty of weapons around him, too. Defensively, third-year coach Teddy Dyess must replace several key players, but linebackers Javon Durr and Jameyian Spencer and corner Cayden Bridges are as good as any at the 3A level.

The Cougars will usher in the Randal Montgomery era needing to find a suitable replacement for quarterback Cadarrius Pride, but they have options and a ton of weapons around whoever the new starter is. North Panola is big where it counts – on the defensive line – with Kenndan Lyons and Alex Gross returning after combining for 28 tackles behind the line last season.

3A STORYLINES TO WATCH

What’s next for Choctaw County?

Choctaw County was not exactly a program in distress when Jeff Roberts took over last season, but the Chargers turned heads with a deep playoff run to the cusp of a state championship berth. With starting quarterback Tylan Carter (1,900 total yards, 23 touchdowns) and 1,400-yard back Dicenzo Miller back, you know they’ll be able to score. If second-year coach Jeff Roberts can find viable replacements for the eight starters lost on defense, they’ll be right in the thick of it again come playoff time.

Ty Hardin built Houston into a contender, going 37-14 in four years with the program before leaving for Tupelo this off-season. Enter first-year coach Baylor Dampeer, who comes to Houston from Itawamba AHS, where he coordinated an offense that averaged 34.4 points and 375 yards per game last season. It’ll be fun to see what he can do with a Toppers roster that returns starting quarterback Red Parker and two-way standout Shemar Crawford.

Amory is a historically strong program that made a ton of progress towards returning to relevance last season. The Panthers were a lot more explosive thanks to the development of quarterback Hunter Jones and the emergence of phenomenal freshman tailback Charleston French, but the real turnaround has been on defense. After giving up 434 points in 12 games in 2018, the Panthers allowed just 262 a year ago. With Jones, French and 12 guys with extensive playing time coming back in 2020, coach Allen Glenn’s squad may be primed to take the next step.

Senatobia’s Nickisis Sipp ran wild on the Cougars last year, racking up 182 rushing yards and two touchdowns in a thrilling 21-20 win at Sardis. With both programs looking to take that next step towards competing for a state championship, this year’s rematch should be another good one.

Columbia was the only 2A team to really put the beat-down on the Jaguars last season. The Wildcats jumped on them early, put up 29 points in the first half and held on for a convincing 36-22 win. You can bet Lance Mancuso and Co. will be looking to return the favor, especially considering the Region 8 title may be on the line.

Talk about a Halloween Eve special. Not only is this a rematch of last year’s 24-14 slobberknocker of a win for Magee, but it comes in the final week of the regular season for both teams and should have major implications for both the Region 8 race and playoff seeding.