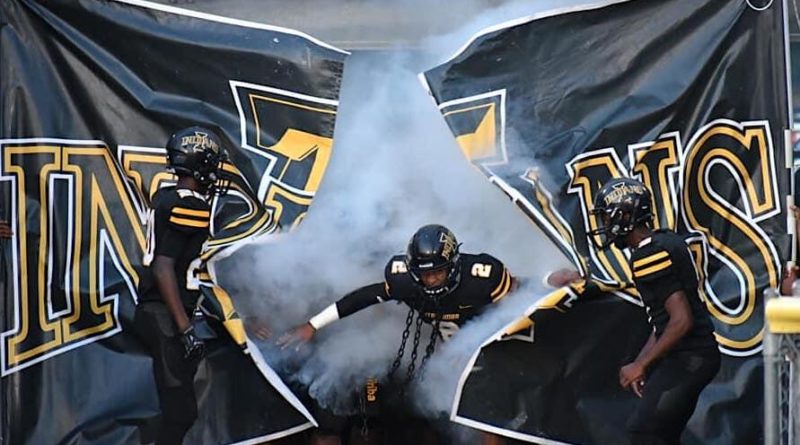 Here is an inside look at the 2020 Itawamba Indians football team.

Itawamba has grown into a year-in, year-out contender under 6th-year head coach Clint Hoots, and 2020 might just be the season the Indians break through.

Itawamba was 13-0 when it lost to Corinth in the third round of the 2019 playoffs, and while Hoots lost some of that team’s key skill-position players on offense to graduation, there’s a slew of talent returning everywhere else.

Replacing starting quarterback Daeveon Sistrunk and all-everything tailback Isiah Chandler won’t be easy. Sistrunk passed for more than 1,100 yards and rushed for 1,000 more with 31 total touchdowns last season, but more importantly was only responsible for four turnovers despite touching the ball on nearly all offensive plays. All Chandler did was rush for 2,400 yards and 29 touchdowns, going over 100 yards in rushing in 12 out of 14 games.

Two quarterbacks are battling to fill Sistrunk’s shoes. Hoots said sophomore Ty Davis has had a great offseason and start to fall camp, and described him as mature beyond his age with a good arm and a bright future. The other quarterback competing for the job is Jackson Nolan, a senior who starts at corner and played snaps at running back, receiver and quarterback on the offensive side of the ball last year.

“We feel really good about both of those guys at this point,” Hoots said. “They are both great athletes and it’s good to know we’ve got two guys who can play the position. Plus, whoever doesn’t win the starting job is going to help us somewhere else.”

Whoever wins that job will have some excellent receivers at his disposal. Sophomore Isaac Smith has emerged as solid option in the slot and junior Cartavious Chandler has the potential to be the big-play threat the Indians need him to be. At 5-foot-7, sophomore Zion Ashby may not be a big jump ball guy, but his speed is difficult to deal with when matched against a linebacker in the slot.

Sophomore Thomas Kline, who was listed as a linebacker last season, will be a guy Hoots can line up at tight end or wide receiver and create mismatches.

The Itawamba offensive line returns three third-year starters in left guard Ethan Mauldin, left tackle Aaron Steel and right tackle Blake Craig. Senior Garrett Beyer looks like a solid option at the other guard spot, and sophomore Davis Phillips and junior Keegon Johnson will both play a significant number of snaps on the line as well.

Running behind that line will be junior starting tailback Tae Chandler, Isiah Chandler’s younger brother. Tae Chandler only received nine carries last season, but just like his brother, he averaged better than 9.5 yards when he touched the ball.

“Tae is going to be another good back for us,” Hoots said. “But he’s not alone back there. We also have Marquion Green, who is very talented with the ball in his hands, and Javari Shumpert, who played as a freshman last year and was really difficult to tackle.”

Defensively, Itawamba returns several key pieces, but must replace its top two tacklers from a year ago, linebackers Quinn Bennett and Anthony Dilworth.

Hoots is looking for big things out of Anthony’s younger brother Derreco Dilworth, who is the team’s top returning tackler with 95 stops as a junior last year.

In the secondary, Itawamba has some serious depth. Nolan returns to his primary position at corner and will start opposite Zion Ashby at the other corner spot. Cartavius Chandler is back to man the free safety position and Isaac Smith will be a three-year starter at strong safety. Junior Gavin Freeman has made the move from linebacker to safety and junior Brian Brazil will see significant playing time as well.

“We will have to rely on our defense and offensive line until we can evaluate our quarterbacks and find an identity on offense,” Hoots said. “We need someone to come in there under center and produce so we can settle that quickly, then identify some role players who can provide us with some depth at key positions.”