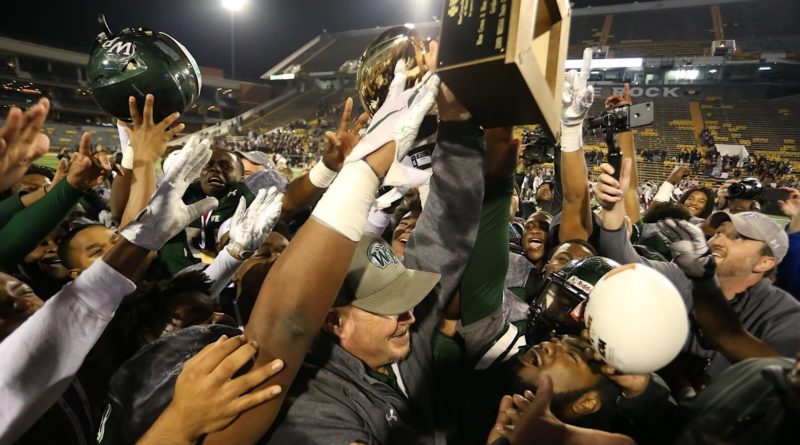 Here is an inside look at the 2020 West Point Green Wave football team.

No program in Mississippi can rival the run West Point has put together since Chris Chambless arrived in 2006. The Green Wave have captured region titles in nine out of the last 14 seasons, and will be looking for their fifth-straight 5A title in 2020.

Success seems to breed confidence at West Point, and the 17 seniors on the West Point roster have only experienced two losses in their previous three seasons.

“As far as confidence goes, winning definitely helps,” Chambless explained. “We play with great confidence, but we don’t yet have that chip on our shoulder. We need to get to that point, because when you have that, that’s when good things happen.”

As unproven as most of the new starters are, it shouldn’t be hard to earn that chip.

West Point returns some key players on offense – including three proven starters on the offensive line – but most of the skill positions will be filled by new faces.

Although run-oriented, West Point’s offense is reliant on a quarterback who can read defenses and make both pre-snap adjustments and good decisions with the ball. That responsibility will fall to senior Corbin Kelley, who takes over as the starter after he completed just 18 passes for 271 yards with one touchdown and one interception a year ago.

The Wave also lost its top four leading rushers off last year’s squad, including a pair of 1,200-yard backs in Brandon Harris and Dantariyus Cannon. It will be up to juniors Cameron Young and Chris Ivy, who combined for just 282 yards last season, to fill those shoes.

The good news for West Point is that three key offensive linemen – tackle Jamar Davis and interior linemen Frank Bean and Jaekwon Bradshaw – return to anchor a unit that Chambless thinks will be key to the Wave’s success.

“You just have to win the battle in the trenches,” he said. “That’s going to be huge for us, because it has been every year. We have to do the other big things – limit pre-snap penalties and take care of the football – but we won’t be successful unless we can win those battles up front.”

Defensive end Jaquarius Thomas is looking to build on a solid junior season in which he notched 80 tackles and six sacks, and defensive tackle Jaylin Rush appears ready for a larger role.

At the second level, junior linebacker Keon Cunningham is already getting attention from college recruiters after recording 78 tackles as a sophomore last year. Jaylin Rush is also back after playing significant snaps down the stretch as a junior a year ago.

The strength of the defense is probably the secondary, where all four starters – Joqwan Young, Chris Dean, Fred McMillian and Jacoby McQuiller – are back after starting all last season.

“We have a chance to be very good again,” Chambless said. “We have a lot of young guys who have waited their turn to step into big roles who we think will be great players for us. What keeps me up at night is bad practices and the fear that we might not reach our full potential.”

The Wave will get a great test right out of the gate when they face Starkville, the top team in 6A, on Sept. 4.