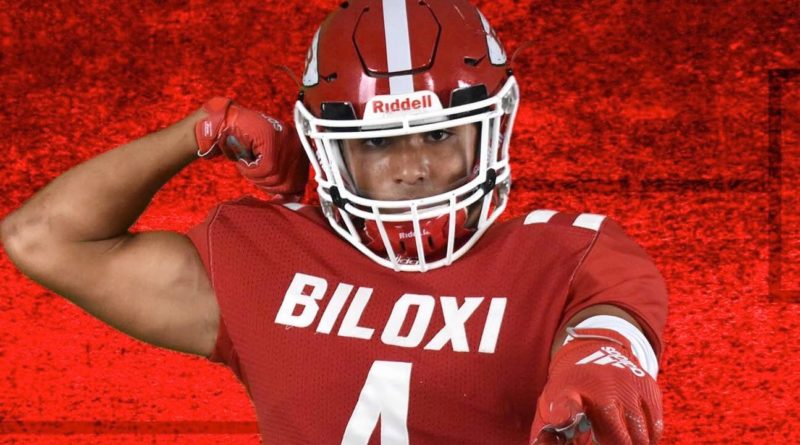 Here is an inside look at the 2020 Biloxi Indians football team.

With too many FBS-quality college prospects to fit in a minivan, Biloxi may be the coast team best positioned to make a deep playoff run in 2020.

There’s talent just about everywhere, and it seems you can’t go more than a couple of weeks without hearing about another Biloxi player committing to a big-time college football program. The buzz has third-year coach Katlan French cautiously optimistic headed into the season.

“We have a really, really good football team,” French said. “We’ve been waiting for this season for a couple of years, and if we’re healthy, I’d put my money on us to come out of the region and make some noise in the playoffs.”

Defense will again be the strength of the team, but the offensive production Biloxi returns is impressive.

The team took a huge hit last year when starting quarterback Tristan Pearson went down with an injury in the fourth game of the season. Converted tailback Chad O’Neal filled in admirably in his stead, but the Indians were pretty much one-dimensional after Pierson went down.

That will change now that Pierson, a Jones County Junior College commit, is back and healthy, but make no mistake: running the ball will again be the name of the game for the Indians.

Tailback K.K. Kendrick is back for his senior season after rushing for 1,200 yards with 14 touchdowns as a junior. He’s currently committed to Holmes Community College.

French and his staff are working to replace four starters on the offensive line, but are optimistic about a couple of guys who have already stepped up.

They picked up a huge boost up front with two junior transfers from out-of-state. Gabe Brandon moved to the coast from Missouri and Landen Davis came from Texas. French said they’ll start at left and right guard, respectively, alongside junior Greyson Seymour. Senior tackle Weston Kropp, who has several juco offers, is the lone returning starter.

The defensive side of the ball is where Biloxi is truly stacked.

It starts up front with two defensive linemen who have big-time potential at the next level. Junior R.J. Moss is a 6-foot-4, 245-pound defensive end who recently received an offer from Mississippi State. Senior Devon Smith is 6-foot-5 and 290 pounds and holds offers from Kansas, South Alabama and Troy.

Once you get past that defensive line, it gets really hairy for opposing offenses.

Senior middle linebacker Thomas Patterson is coming off back-to-back 100-tackle seasons (including 151 total stops in 2019) and Elijah Sabbatini is a hybrid safety/outside linebacker who is rated as one of the best players in the state and currently committed to Ole Miss. Junior Ethan Dematos is also coming off a 92-tackle season.

In the secondary, Chance Keith is a 6-foot-tall corner who will have FBS offers by the end of the season. Sabbatini led the team with three interceptions a season ago, but senior Elijah Johnson was right on his heels with two picks of his own.

“It’s going to be hard to move the ball on us if all those guys are healthy,” French said. “The big thing for us, especially with the COVID-19 pandemic, is having all of them available each week.”