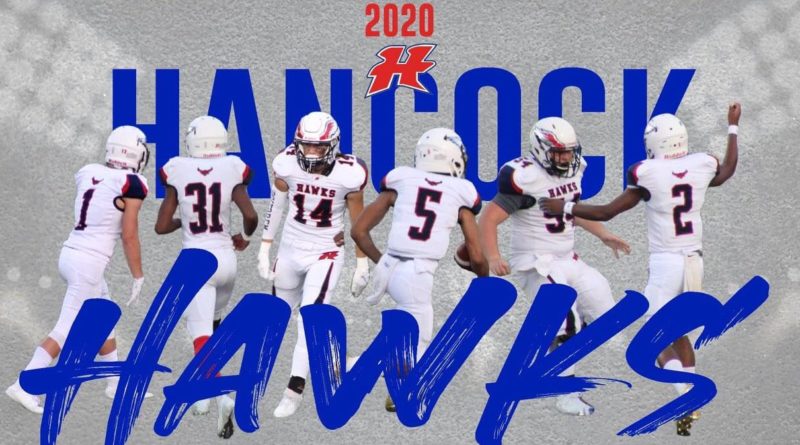 Here is an inside look at the 2020 Hancock Hawks football team.

Hancock was so close to breaking through in Neil Lollar’s third season at the helm of the program.

With do-it-all quarterback Sema’J Robertson under center, the Hawks won four games and could have easily won seven. They were one more touchdown away from beating Gulfport, lost to Harrison Central in overtime and kept games against D’Iberville and St. Martin close deep into the second half before some late turnovers made those losses look a lot more lopsided than they were.

“You hear this from a lot of coaches, but we were four or five plays away from flipping that 4-7 into 7-4,” Lollar said. “But we don’t make excuses or talk about what could have been. We’re focused on making it a reality this season.”

There’s plenty of reason to think they might do just that, and the main one is Robertson.

The dual-threat quarterback is back for his senior year after racking up more than 1,800 total yards and 14 touchdowns in his junior campaign. Lollar said Robertson transferred in prior to his junior season, but quickly became a leader both on the field and in the locker room.

“He’s the first in line every time we work out,” he said. “There’s a reason he’s starting to get some college offers. He’s the type of kid you want to build your program around and see where it takes you.”

The Hawks have a few weapons around their star quarterback as well. To replace 1,200-yard back Sebastian Fausett, they’ll rely on a trio of backs – seniors Chris Bernard and Wyatt Ladner and junior Pierre Fowler. Those three combined for 525 yards last season, and all appear ready for dual roles as tailbacks and receivers.

The key for the offense, Lollar said, will be how quickly the offensive line gels after replacing four out of five starters up front. The lone returning starter is senior Cody Breland, who is solid, but the staff really likes what they’ve seen out of the younger guys who have already been identified as potential starters. That group includes junior tackle Ryan Ladner, junior guard Sylas Kelly, sophomore guard Ryder Island and senior tackle Brenham Dewitt.

“A lot of what we’re able to do will be dependent on that unit coming together,” Lollar said. “They seem to be getting better each day, and that’s huge because they will be the catalyst of everything we do. We’re not going to be huge up there, but I really like their quickness and think their versatility will really enhance Sema’J at quarterback.”

On the defensive of the ball, there should be a lot more familiar faces with eight out of the 11 guys who started the 2019 season finale returning.

“He’s so good,” Lollar said. “He’s the kind of kid you can’t afford to take off of the field, and he’s only a sophomore.”

The Hawks are set at linebacker with seniors Cameron Ganier and Nichols Lawler both looking primed for potential all-region type seasons. Ganier is the team’s lead returning tackler with 96 stops last year.

The secondary should be led by a couple of multi-year starters. Tanner Lemon is in his third year at safety after recording 66 tackles and two interceptions as a junior. Junior Blaine Knight was primed for a breakout season as a sophomore, but broke his ankle two quarters into the first game of the season.

He’s back and healthy at the other safety position, and senior Kyle Shippey and junior Cameron Miller should be solid at the corners.

Lollar said defensive coordinator Tracy Rogers has done an outstanding job of getting the senior-laden group ready to play.

“I’m thrilled about where they are right now,” Lollar said. “I told them after the first couple of practices that if they can keep that kind of intensity each day, they were going to be in great shape because they’ll feel like the games on Friday nights are playing in slow motion for them, and there’s no underestimating how important that is.”