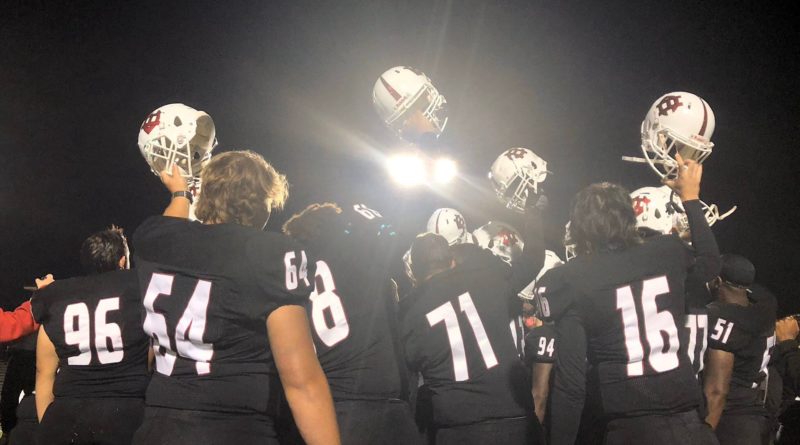 Here is an inside look at the 2020 Harrison Central Red Rebels football team.

Harrison Central is a team that, at least on paper, looks like it’s ready to compete.

The Red Rebels took a step back in coach Casey Cain’s fifth season, going 4-7 after putting together an eight-win season in 2018.

But the team showed improvement toward the end of the season, pulling out big wins over Hancock and Ocean Springs in two of its last three games. They’ll look to build on that success in 2020.

Quarterbacks Gannon Stringer and Christian Turner are both back after splitting duties last season. Stringer, a senior, completed 49 percent of his attempts for 431 yards with four touchdown passes. Turner will just be a sophomore and is looking to build on a 317-yard, two touchdown season.

Whoever wins that starting job will line up behind a line that returns three starters – seniors Hayden Saucier, Nolan Albritton and Zizzy Lucky.

Senior tailback Jaidon McClain is also back following a 1,000-yard season in which he averaged 6.4 yards per carry with four touchdowns.

“We’re excited about having him back,” Cain said. “We’ve also got Atavian Ray, who will be a senior this year. He averaged seven yards a carry last season and is an excellent complement to Jaidon.”

On defense, the front seven is going to be strength of the team. Cain said he plans to rotate five seniors – Jamarus Raiford, Rodney Ware, Tayvon Jefferson, Willie Robinson and Hassan Kamara – in the four spots up front.

The Harrison Central linebacker corps is one of the best in the region with junior Ray Collins, and seniors Eric Hopkins and Ricky Willis all returning as starters. All three averaged better than nine tackles a game last season.

The secondary is where the Red Rebels lost a couple of starters to graduation, but senior Jeremiah McNair returns to provide some stability.

“That’s where we’ll be inexperienced on defense,” Cain said. “But that doesn’t mean we won’t be solid back there, we just have to get some younger guys up to speed.”