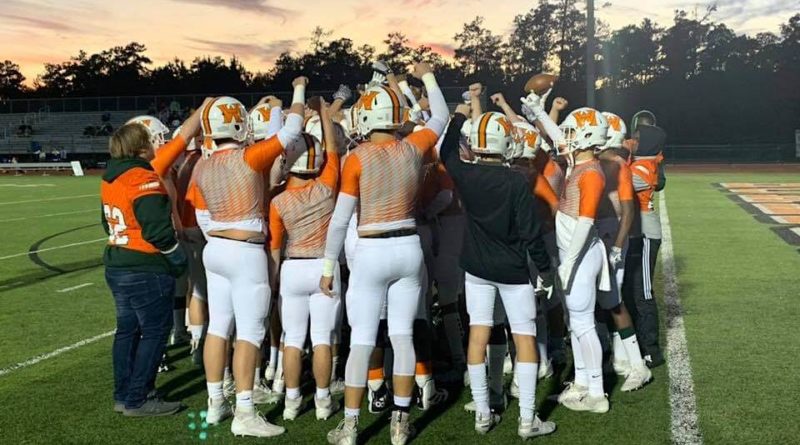 Here is an inside look at the 2020 West Harrison Hurricanes football team.

Quincy Patrick is proud of the progress his team made in his first two seasons, and is anxious to see that improvement turn into winning on the scoreboard.

The Hurricanes are still in rebuilding mode entering Patrick’s third season at the helm of the program. Considering the program had won two games in the four seasons prior to his arrival, that’s understandable.

“It has taken a while, but we finally have everyone bought in to what we’re selling,” Patrick said. “When we first got here, this program had probably the worst culture in the country, and we made a conscious decision to only incorporate guys who were willing to buy in and work hard to change that.”

Chief among those guys is a core group of seniors who appear primed to provide leadership for possibly the best West Harrison season in nearly a decade.

Offensively, everything centers around one of those guys – second-year starting quarterback Josiah Khan.

Khan has become a natural game manager under center. He attempted just 71 passes as a junior, but produced 448 yards through the air with four passing touchdowns and added three more scores on the ground.

“He’s a good player and an even better person,” Patrick said. “He’s the first one in the weight room and the last one to leave.”

The biggest loss on offense was Llanes Dickerson, who graduated after rushing for more than 2,000 yards in his two seasons as the team’s starting tailback.

Senior Anthony Jones looks like the heir-apparent at tailback after averaging 5.5 yards a carry in a backup role a year ago, but Patrick said he’ll be one of three backs that will handle the position by committee. The other two are sophomore Melvin Smith and junior Keonte Pickens.

Up front, there’s a couple of guys the coaching staff is excited about.

Junior Otis Gates is a third-year starter who has been playing significant snaps for the varsity team since eighth grade, and senior Fred James is a three-year starter at tackle.

“We’re kind of green everywhere else up front,” Patrick said. “But only in experience. We’ve got some solid juniors and sophomores who will rotate in that have size and talent that have been waiting their turn to play.”

Defensively, junior linebacker Luke Holland is the team’s lead returning tackler. He was credited with 54 stops as a sophomore starting at middle linebacker last season and should pair well with seniors Gavin Burch and Donovan White, who combined for 58 tackles in 2019.

The defensive front is a work in progress following the graduation of star defensive end Cooper Martin, who led the team in tackles and sacks last year. A couple of Hurricane offensive linemen will likely have to play both ways, but senior Gabriel Hayes should provide some leadership after recording nine tackles-for-a-loss as a junior last season.

The secondary should be the strength of the defense with seniors Jaidon Shelby and Raleigh Wyble leading the way and a trio of talented freshmen – Jonavin Khan, Donny Davis and Gabe Nichols – ready to play right out of the gate.

“We’re a much better team than we used to be and a much better group of young men,” Patrick said. “I can give these interviews and say how good I think we’ll be all day, but the truth is that nothing is going to change the perception of football at West Harrison until we go out there and win some ball games. So that’s what we have to do.”