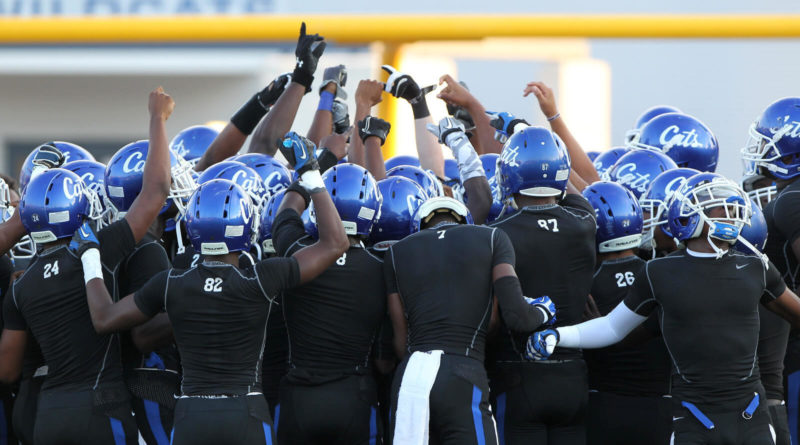 Here is an inside look at the 2020 Meridian Wildcats football team.

When John Douglass took the job at Meridian, where he started as an offensive linemen on the Wildcats’ 1985 state championship team, he said his aim was to return his alma mater to its former glory.

For the first two weeks on the job, Douglass was mostly observing and learning names when he noticed a trend. That’s when he realized how long that road to redemption would be for the program.

The short answer: there weren’t many. Meridian had only 11 seniors and 12 juniors last season.

“I have never seen anything like it,” Douglass said. “We ended up starting four freshmen and five sophomores on offense and four underclassmen on defense.”

The results, especially in a loaded Region 3-6A, were as you’d expect – the Wildcats went 2-10 overall and 1-6 in the region play.

But 2020 is a new season, and all those underclassmen are a year older and a year stronger.

Douglass returns nine starters on offense, including all the skill position players. Junior Jaderian Lewis and sophomore Mark Smith, who split time at quarterback a year ago, are both back. So are wing backs Fernando Atterberry, Daniel Hill and Kexavius Burton.

“We have to be able to run the ball, but the ultimate goal on offense is to be balanced,” Douglass said. “When I was at Quitman, we made it all the way to the state title running the ball. But when you get to the playoffs in 6A, everyone can run the ball and everyone can stop the run, at least to some extent, so you have to be able to stretch the field a little bit.”

The Wildcats also have nine starters coming back on defense, where the small senior class will play a much larger role.

Douglass is looking for leadership out of Antwan Silliman and Damarcus Loper, a pair of senior linebackers, and senior safeties Dereion Burge and Taylon Edwards.

The Wildcats will rotate about eight guys up front, led by defensive ends Chris Johnson and Ruffin, the tight end who plays both ways. Douglass said he plans to experiment with some of his starters on the offensive line at the defensive tackle positions.

There are options at outside linebacker, but Josh Rush and Jeremy Evans appear ready to step into bigger roles there.

The secondary could be the strongest unit on the team. In addition to Burge and Edwards, the Wildcats have options at corner behind starters Kelik Mauriscey and Niqundre Smith. Senior Kemondrae Stribling, who can play every position in the defensive backfield, will likely be the recipient of a lot of playing time as well.

“People ask me all the time, ‘Coach, how are we gonna look this season,’” Douglass said. “I tell them we were young last year, and we’re young again this year. The good thing for us is that these guys were thrown into the fire last year, and that has allowed them to get some experience and snaps under their belt.”

With a rising freshmen class with around 45 players, Douglass added that he can see the light at the end of the tunnel.

“We know we’ve got some good classes coming up now,” he said. “But I’m proud of how hard our guys are working and can’t wait to see what we look like now that we’re another year older. Our guys are still growing.”