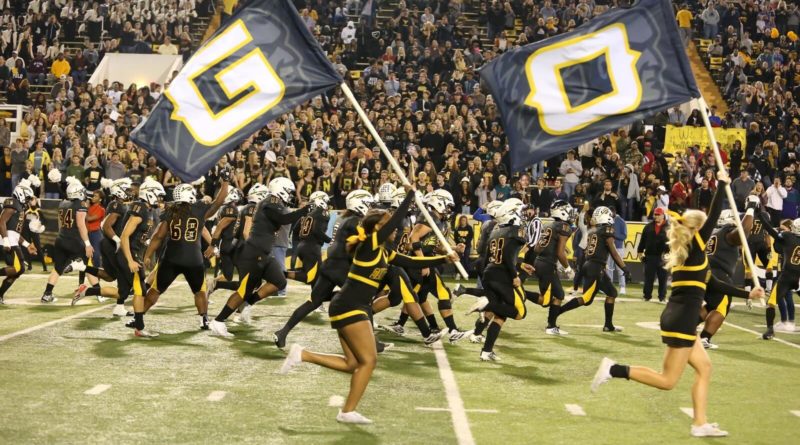 Here is an inside look at the 2020 Oak Grove Warriors football team.

Drew Causey has returned Oak Grove to its status as a perennial state title contender, and the Warriors will try to get over the hump in 2020 after falling short in the last two 6A championship games.

On paper, it looks like the Warriors are in for a rebuild in 2020. But Causey says there’s several aspects of his roster that he likes headed into the season.

First, the Warriors return four out of five starters on the offensive line, led by tackles Darrian King and Klabron Pollard. Taurese Sibley is back at center and big Donovan Allen returns as the starter at left guard.

Causey is hoping the veteran line will help the younger guys who are stepping up at the skill positions, where Oak Grove has been particularly strong in the past couple of years.

That won’t change with this year’s squad, starting with junior quarterback Kabe Barnett. Barnett started on the 9th-grade team as a sophomore, and got into one game as a backup for the varsity late in the season. He was 5-of-10 passing for 95 yards with a touchdown and one interception in that appearance.

“Kabe’s 6-foot-3 and around 180 pounds and he runs well,” Causey said. “I think he’s actually gotten a little faster this off-season. But he’s very accurate with a strong arm, and I think we’ve got guys around him that will make his job easier.”

If Barnett ends up being a John-Rhys Plumlee clone but three inches taller, the Warriors might be back in the state championship game earlier than expected. Plumlee used his legs and arm to lead Oak Grove to a berth in the 2018 championship game, and Causey thinks Barnett has the potential for the same type of production.

That list of playmakers around Barnett includes senior wideout Jordan Coleman, who caught 31 passes for 500 yards and seven touchdowns in 2019. Senior tailback EJ Newell and Hattiesburg transfer Courtland Harris will likely share the load in the backfield.

The defense is more of a work in progress, but there’s talent there as well.

The Warriors return one starter on the defensive line – senior Ernesto Marin – and are counting on another senior, linebacker Zach Little, to provide stability in the middle.

Causey said he is hoping for a big season out of defensive backs Quintin Sterling and Dontavious Howard, who should provide stability for an otherwise untested group.

“We’re a little inexperienced at spots,” Causey said. “But I really like our team and I’m excited to see what these guys can do both when we put on the pads this week and when the lights come on in September.”