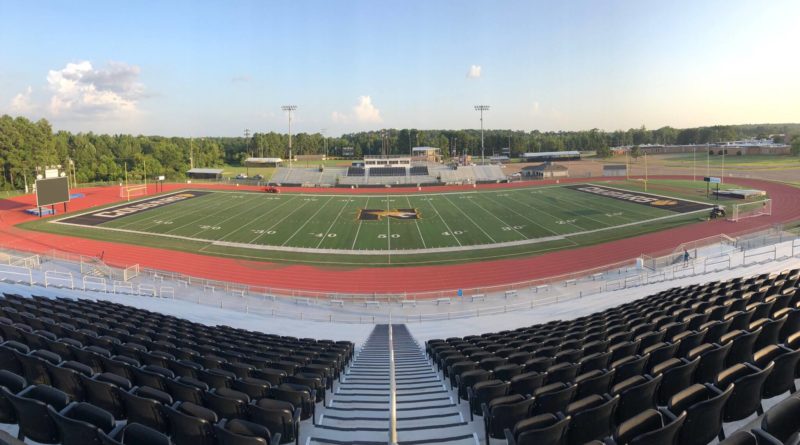 Here is an inside look at the 2020 Northwest Rankin Cougars football team.

Northwest Rankin is a team that is headed into the 2020 season with heavy hearts. The team’s first taste of adversity came on Aug. 18, two weeks before the season was set to start, when linebackers coach Kelby Bowman died suddenly at the age of 42.

“It’s been tough on the players, tough on the rest of the staff … just tough all around,” Northwest Rankin coach Toby Collums said. “He was a great guy, a man of character. He was big on family and a good father. He loved mentoring kids.”

Collums recalled a call he got from Bowman one day after his assistant spotted one of their players walking down the side of the road.

“He had spotted the kid and when he stopped to help, he found out the kid had had a big argument with his mother that had led to a falling out,” Collums said. “He just called to tell me he had talked to him and taken him where he needed to go and that he was safe.

“That’s just one example, but the guy was always constantly thinking about others.”

Collums added that the team plans to honor Bowman in some way once the season starts, although he didn’t yet know what form that acknowledgement would take.

The program went into rebuilding mode last year after a couple of seasons of sustained success, but there’s reason to believe the Cougars will be a lot more competitive in 2020.

Parten will have a couple of solid receiving targets, starting with Cavitt, who will line up at receiver and running back.

Cavitt didn’t spend much time in the backfield last season, but has all the tools to play both positions. He caught 40 passes for 513 yards with a team-high six touchdowns last year.

“We have some work to do up front, where we are replacing two starters on our offensive line,” Collums said. “That includes finding someone to take over at left tackle for Ayden McCollough, who signed with Air Force last year. The optimism would be higher if we had had more time together over the summer, but I guess we’re all in the same boat in that regard.”

On defense, the Cougars return the entire front, including nose tackle Guillermo Alvarez and ends Josh Johnson and Malik Swan.

The secondary should be the strength of the team with Ryan Kimbrell, Javian Gaithwright and Jalen Nelson returning. In a loaded Region 3-6A, the Cougars will need to be more opportunistic on defense after forcing just 14 turnovers in 11 games last year and giving up 27.1 points to opposing offenses.

“We have a lot to prove,” Collums said. “We kind of hit bottom last year, and we’re hungry to get out there and prove we can play and compete in our region.”