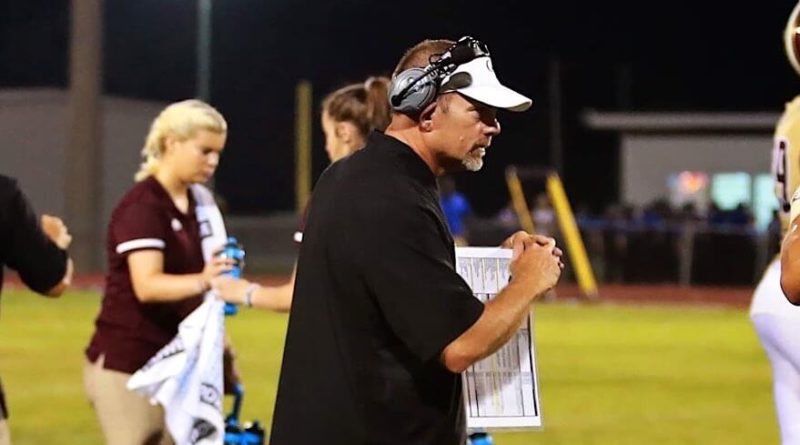 Here is an inside look at the 2020 George County Rebels football team.

On paper, George County looks like a team that is ready to compete for a top playoff spot coming out of Region 3 under first-year head coach James Ray.

Ray, who has served as defensive coordinator the past four seasons under Matt Caldwell, took over after Caldwell resigned to take a position with the school district. He previously served as head coach at Bruce High School up in Calhoun County for 10 years before coming to Lucedale.

“It’s really just like riding a bike,” Ray said. “There are some aspects of being the head coach that I had forgotten over the past four years, but once you get going, you’re reminded of those things pretty quick.”

Ray’s ascendence to the head coaching position was just one in a series of changes for George County this off-season.

The biggest departure was all-everything defensive lineman McKinnley Jackson, the five-star defensive tackle who will spend this coming fall in College Station at Texas A&M.

But Jackson wasn’t the only one – George County lost eight starters off a defense that was championship caliber.

“Just losing McKinnley is enough to give us anxiety,” Ray said. “But we’ve got to find replacements for seven other guys too.”

The Rebels don’t have any starters coming back on the defensive front, but there will be at least one familiar face. After spending one season at Greene County, big 6-foot-3, 250-pound pass rusher Caymon Floore has transferred back to George County for his senior season.

At linebacker, Ray has moved the team’s lead returning tackler Blaine Morris from outside linebacker to the middle of his defense. The senior was credited with 47 stops last season, including nine in the opposing backfield. Junior Logan Evans will fill Morris’ shoes on the outside after converting from defensive end, where he served as a backup last season.

The good news for George County fans is that the secondary remained mostly intact. That unit is led by three-year starter and defensive captain Jonheim Nix, who will split time between corner and safety.

The staff is excited about the development of seniors Malik Knight and D.J. Fairley at the corner positions. As one of his first official duties as head coach, Ray recruited the duo off of the basketball court when he realized he needed defensive backs and receivers.

Don’t be surprised to see quarterback M.J. Daniels in the game in key situations at safety or corner, either. Daniels has offers from Georgia, Tennessee, Ole Miss and several other power five schools.

“I’m not going to start him over there, because we can hardly afford for him to get hurt,” Ray said. “But on key third downs or big drives with the game on the line, we gotta have our best player on the field.”

Ray won’t have that problem on offense.

Daniels, a senior, will spend his senior year at quarterback – a position he took over halfway through last season. After getting off to a hot start in his first two games under center – wins over Pearl and Terry – Daniels came back to earth in the final three games, averaging under 100 yards through the air and throwing two interceptions.

But Daniels has had an entire off-season to prepare for the challenge of leading the offense from its most important position, and Ray says he’s ready to handle the responsibility.

“We know he won’t play quarterback at the next level, but we have no choice but to start him there,” Ray said. “He brings so much to the table with his ability to run and avoid pressure, and people sleep on his ability to throw the ball. The guy can really spin it.”

Ray thinks he’s found Daniels some weapons in Knight and Fairley, too. Knight is 6-foot-3 and Fairley is 6-foot-2 and both of them, he said, can run. Junior Trent Howell is back for his junior season after averaging 5.8 yards a carry with 11 touchdowns as a sophomore. The Rebels also have two more dependable receivers in junior Marquez Dortch and senior Kyle Chapman.

The strength of the offense is going to be up front, where the Rebels have the luxury of returning all five of the team’s starting lineman from last year. While seemingly every other coach in the state is looking for first-year starters, Ray is down here sitting on a pile of experience.

Senior left tackle Ladner Davis is probably the best of the bunch, but senior left guard Peyton Graham, senior right guard Jake Parker and junior right tackle Tyler Middleton are all solid. The groups looks good getting off the bus too, averaging nearly 6-foot-3 and 290 pounds across the line.

“A big key for us will be how many points we can put on the board early in the season,” said Ray. “That’s something we struggled with last year, and we counted on our defense to keep us in too many games. This year, it’ll be incumbent on the offense to put up some points while our all-new front seven gels on defense.”