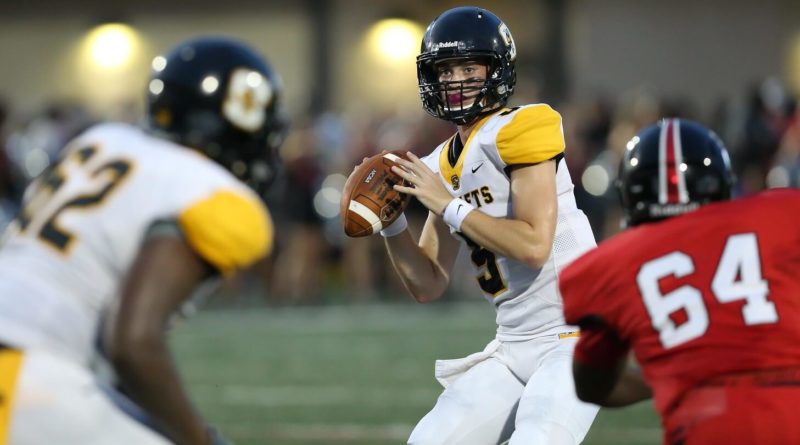 Here is an inside look at the 2020 Starkville Yellowjackets football team.

Few schools have been as consistent as Starkville over the past three seasons, and the 2020 Yellowjackets appear to be cut from the same mold.

Fourth-year coach Chris Jones has taken Starkville to the playoffs in each of his three seasons at the helm, winning one state title and losing to eventual state champions in the other two trips.

Jones and the ‘Jackets hope to even that ledger this season with another title run, but first, there are some questions that need to be answered.

We all know what Florida State-bound senior quarterback Luke Altmyer brings to the table as he looks to build on his 3,000-yard season and 37 touchdowns from a year ago. Likewise, we know Starkville has one of the best backs in the state in Amariyon Howard, who is coming off an 800-yard season.

The big question for the ‘Jackets is up front, where Jones is still looking for five brand new starters.

“We were supposed to have one back – Will Baggett – but he transferred to St. Martin,” Jones said. “So we’re looking for five new starters, and I could tell you who we might put there, but at this point it’s pure speculation.”

He added that he needed to see his guys practice in pads before he could identify the best five.

“You always have a better gauge for your skill guys at this point in the year,” Jones said. “You can’t see how physical guys are going to be until they put on pads and start hitting each other, so right now, all five of those jobs are up for grabs.”

If the line can establish itself and give Altmyer some time to find receivers and open running lanes for Howard, Starkville should be nearly impossible to stop.

“Braylon is a 9th-grader who already has an offer from Oregon,” Smith said. “He is definitely going to play for us as a freshman, but he has a chance to start. He’s around 6-foot and 185 pounds and reminds everyone of A.J. Brown as a freshman.”

Defensively, the front seven is going to be as stout as ever.

Defensive linemen Jacorius Hendricks and Ronnie Randle give the Jacket pass rush a much-needed boost, and linebackers Ahmir Taylor and Keyshawn Lawrence return having combined for 169 stops a year ago.

The Jackets are breaking in a couple of new starters in the defensive secondary, but two returning starters – senior Ty’verius Nichols and junior Javalon Gandy – should provide leadership for a mostly untested unit.

On paper, the Yellowjackets look to be an odds-on favorite to compete for another state title, but Jones said they’ll have to fight tooth and nail to get there.

“If you like ball and you like competing, (Region 2) is where you want to be,” he said. “It’s like the SEC West, and it makes it fun and special. All these teams are state championship-caliber programs, so if you want to compete at the highest level in Mississippi high school football, this is the perfect place for it.”