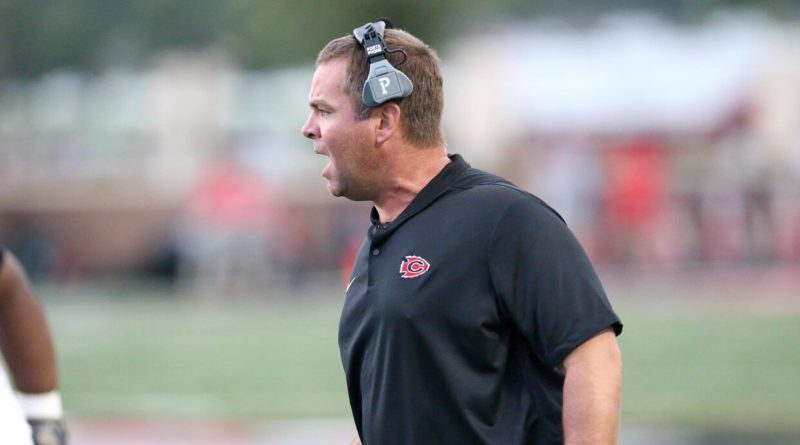 Here is an inside look at the 2020 Clinton Arrows football team.

It’s hard to believe it has been four years since Cam Akers took Clinton to the promised land.

The program has been in a quasi-rebuilding mode ever since that magical 14-1 season and state title, but there’s reason to believe 2020 is the year Judd Boswell puts the Arrows back on the map.

The skill positions should be loaded with quarterback Caleb Miller and bell-cow back Jeremy Mack both gearing up for their senior seasons. Miller proved to be an effective game manager last season, passing for 1,200 yards and five touchdowns while rushing for 350 more yards and four scores.

Mack turned in a 700-yard season in his junior year with nine touchdowns and scored on one of his three receptions out of the backfield while pulling double-duty at linebacker.

Boswell is counting on some younger guys to step up at receiver, but he does have seniors Michael Hughes, Montavious Warren and Carsson DeYoung back – a trio that combined for 24 catches and 401 yards last year.

What makes Clinton so good on paper, however, is the offensive line. While a lot of teams are struggling to find new guys to plug in on the line, Clinton returns every single starter from a year ago. Those five guys – senior tackle Kenny Walker, junior guard Taylor Dennis, junior center Jacorey Cavitt, junior guard Rudy Polk and junior tackle Deshawn Leonard – average 6-foot-2 and 250 pounds across the front.

“I think we’re going to look okay on offense,” Boswell said. “We’re just getting to put the pads on and do some different things, but we didn’t lose much up front on either side of the ball, and we’re hoping we’re able to control the line of scrimmage.”

On the defensive line, senior Deandrae Cavitt is back to lead the way after a breakout junior season in which he was credited with 53 tackles and a team-high six sacks. He pairs well with defensive end Jabreal Woodall, who made 32 stops and recorded four sacks a year ago.

The Arrows are stacked at linebacker with Mack – the team’s top returning tackler – his fellow seniors Robin Gray and Antonio Thompson and junior Tywon Alexander all back.

Seniors Ja’marea Briscoe and Tyler Harris have the most experience in the secondary, but Boswell says there’s a lot of talent in his sophomore class that could push for playing time.

“The good thing for us is that sophomore class is really, really good,” he said. “It should allow us to do some things we couldn’t do last year, especially on special teams. We’ve got some dudes that can really roll.

“That’s part of what has us really excited about this season. This group really reminds me of that 2015 group we had (the year before the state title run). We would have won big that year if the injury bug hadn’t bitten us, so hopefully we can avoid that this season.”