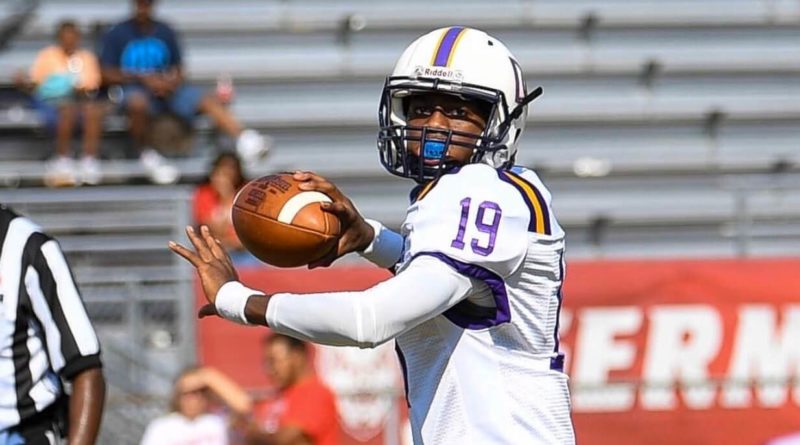 Here is an inside look at the 2020 DeSoto Central Jaguars football team.

On paper, DeSoto Central looks like a team that could make some noise in Region 1 in 2020.

The injury bug bit the Jaguars hard last season, particularly at quarterback as starter Jason Curry sat out in three of the Jaguars’ five losses.

Now, Curry is back and healthy for his senior season after completing 61 percent of his passes for 1,146 yards with 12 touchdowns and eight interceptions.

“Jason pulled his hamstring last year in the season-opener, then reinjured it and missed time against Olive Branch and the whole game against Oxford,” DeSoto coach Shelby Ford said. “Combine that with our starting left tackle tearing his ACL, and we were limping there for a couple of weeks.”

Despite the injury struggles, the Jags finished the season on a high note, beating Southaven and Lewisburg to close out the season. They are looking to build on that in 2020.

To do it, they’ll need to find some weapons around Curry and replace two starting offensive linemen. With top receiver Tadarius Vaughn opting out of playing his senior season, the Jags will likely rely on do-it-all athlete Branson Tita-nwa to be the outside receiving threat. Ford said he’s also looking for big contributions from underclassmen Dorian Smith and Caleb Bailey.

Up front, Ford returns three starters – Spencer Downs, Bryant Holley and Owen McCoy – but must find a way to replace starters at left tackle and left guard, although Nathan Watts has emerged as a solid option at tackle.

On defense, the Jaguars return a slew of starters who will be transitioning to new positions. Tita-nwa, who led the team in tackles a year ago as a junior with 103 stops at free safety, is moving to strong safety to create a little more disruption for opposing offenses.

Junior Julian Bean (86 total tackles) is making the transition from middle linebacker to free safety. He’ll be replaced by junior Ryan Musselwhite, who is moving from outside linebacker to the middle.

Senior Sawyer Sterling returns to anchor the defensive line after being credited with 49 stops a year ago. He’ll have help from junior end Davin Woodhouse (40 tackles, one sack) and senior Marcus Blanton (six tackles, one sack).

With Tita-nwa and Bean, the secondary should be the strength of the defense. Ford said transitioning backup quarterback Damian Jordan to starting corner has turned out to be a great move, and Troy Smith is back after starting at the other corner position as a sophomore last year.

Everett Reichardt was drafted off the soccer team last season to handle place-kicking duties, and returns for his senior season in 2020 after converting seven of his 12 point-after attempts.

“We’re really fired up about this year,” Ford said. “We had a pretty good year last year, despite all the injuries, so we have a lot of momentum rolling into 2020.”