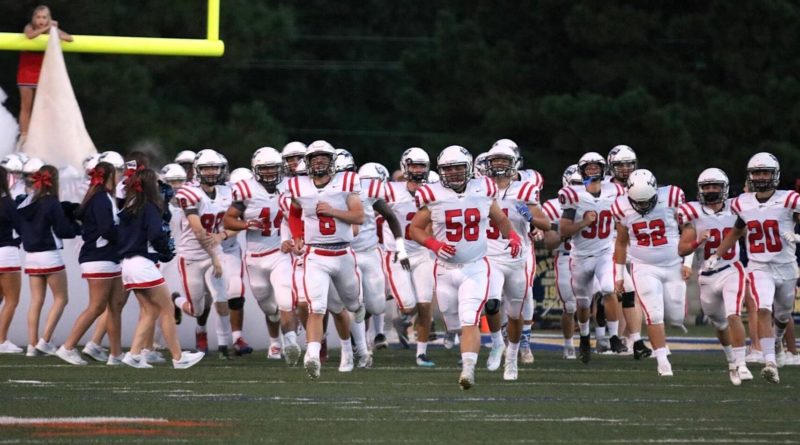 Here is an inside look at the 2020 Lewisburg Patriots football team.

Lewisburg is a team that was just a couple of pieces away from being seriously competitive in Region 1 last season. The defense was solid, giving up just 16 points a game, and with special teams ace Tanner Gillis handling kicking duties, the Patriots didn’t leave many points on the field.

“We’re more optimistic going into this season because we have a lot of experienced players coming back on that side of the ball,” Gehrke said. “Our defense and special teams have carried us, which is how we’ve designed it, but we think the offense will be a bigger part of our success this year.”

Junior quarterback J.D. Green, who won the starting job last year after the first four weeks of the season, is back after throwing for 409 yards as a sophomore. He’s battling fellow junior Taylor Hill, who runs the offense well and has a strong arm, and sophomore Gage Haley for the Week 1 starting job.

Running backs are an integral part of Gehrke’s offense, and Lewisburg has six guys who can carry the ball. That list starts with juniors Jason Hoffman – coming off of a 590-yard season with eight touchdowns – and Blake Speed, who rushed for 554 yards and three touchdowns a year ago. Lewisburg fans may not be as familiar with backup Miles Smith, but the junior has the best speed on the team and is expected to get a lot more touches than the 12 he received as a sophomore last year.

“Miles is one of our more explosive guys – a legit 4.3 40 guy,” Gehrke said. “We’re going to try to get the ball in his hands a little bit more, because he can make a lot of things happen with his speed.”

At receiver, the coaching staff likes what they’ve seen out of seniors Cannon Morgan and Chett McDaniel. Gehrke said the emergence of multiple targets is likely to lead to more two-receiver sets for the Patriot offense.

Four of the six starters on the offensive line are back as well. The staff has position battles to replace departed seniors at two positions alongside returning linemen Devon Hill, Scott St. Aubin and Conner Cantrell and tight end Cole McKinney.

Defensively, the Patriots are looking to fill in gaps and keep rolling in their 3-3 stack defense that proved so effective last season.

St. Aubin is going to start on the offensive side of the ball exclusively after playing some nose guard last season, but he’ll likely be drafted back into duty on defense in 2020 as well. The rest of the group up front will be mostly new and the positions are up for grabs.

At linebacker, the tailback Hoffman doubles as a solid option on the outside, having recorded 43 tackles a year ago with 4.5 tackles behind the line. Senior Josh Pack, the leader of the defense at middle linebacker, is the team’s top returning tackler with 62 stops a year ago.

Lewisburg received a boost to the secondary during the offseason with the addition of transfer Julian Slocumb, Jr., who will likely man one of the starting cornerback positions. Senior Ledger Carroll figures to take the other corner position and the Pats are likely to play a rotation of six different players at the safety positions.

“Overall, we should be more competitive,” Gehrke said. “I think everyone in our region has strengths and weaknesses, but all the games are tough. You have to be ready every time you strap on the helmet.”