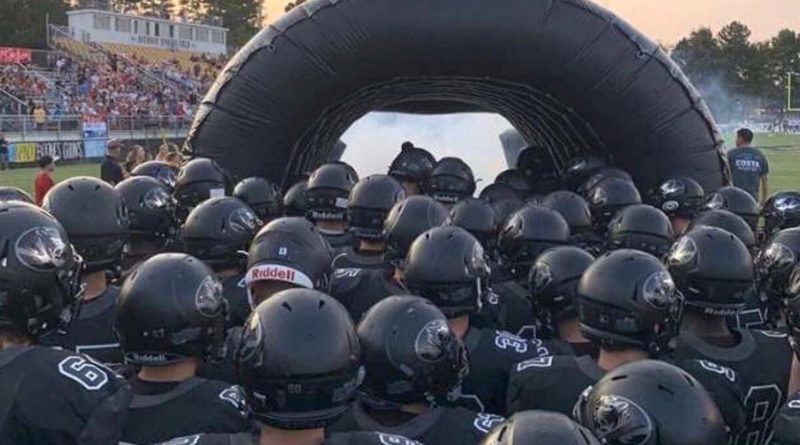 Here is an inside look at the 2020 Hernando Tigers football team.

There’s reason to think the tide will turn back in the other direction in 2020, but only if the Tigers avoid the injury bug that bit early and often a year ago.

“We have to stay healthy,” Wolfe said. “We didn’t do that last year and that’s what killed us. You can’t lose as many starters as we lost last season. But I’m hopeful that we will have a little better luck this year, and if we do, I really like our team.”

The two biggest questions the Tigers face on offense is how much progress quarterback Zach Wilcke made in the off-season and whether or not they can protect him.

At 6-foot-3 and 190 pounds, Wilcke flashed all of the tools of a top-tier quarterback last season as a sophomore. He passed for more than 1,800 yards in his first year with 17 touchdowns and 15 interceptions. The next step, Wolfe said, is to eliminate the mistakes and make that ratio much larger.

“He’s got great size and he can really spin it,” Wolfe said. “If he continues to improve the way he did last year, he will be one of the top quarterback prospects in the state by the end of his senior year.”

Wilcke should have some solid weapons at his disposal, too. Senior Reed Flanagan is back after starting all 12 games at safety last season. Wolfe has him playing more wideout this year and at 6-foot-4 and 200 pounds, he’s a big target. Do-it-all defensive back Jay Ware is also going to play some receiver and is one of the best athletes on the team.

At tailback, Hernando will finally have the services of senior Jacolby Futrell, who missed the final seven games of his junior season after breaking his thumb in a fluke accident during a routine practice last year.

The biggest question mark on offense is still the line, which is made up of five juniors who all played last season – Jacob Pugh, Collin Clagg, Jack Cleveland, Cole Hopkins and Matt Elrod.

“We’re not going to scare anyone getting off the bus,” Wolfe said. “But we’ve got five guys up front who work hard, play scrappy and fit our scheme. We’re just young up there right now, but I’m excited to see how much they’ve matured.”

Senior nose tackle Shawn Wade led the team a year ago with 107 total stops and has recently earned at least one junior college offer. Past that, the defensive line will be reliant on inexperienced senior Ethan Spencer and a couple of underclassmen – sophomores Kanye Anderson and Shawn’s younger brother, Shundarrious Wade.

The big change at linebacker is that Caleb Holcomb is moving from the middle to an outside/edge position. The senior was credited with 72 tackles (including 5 behind the line of scrimmage), but has made the transition outside to make a spot for junior Beau Brankstone, who is taking over in the middle.

In the secondary, Ware and fellow senior Chris Bingham are both back at the corner positions, flanking senior Cesar Grappo and junior Keon Neely. Ware, Grappo and Neely all tied for a team-high with two interceptions apiece last year.

“I’m sure it’s the same as everyone else with the limitations and restrictions, but we always feel a little behind,” Wolfe said. “But everything is moving at a fast pace now, and we’re installing a couple of tweaks on defense and adding a few wrinkles on offense. We’re putting a lot on our kids, but they’ve handled it well.”