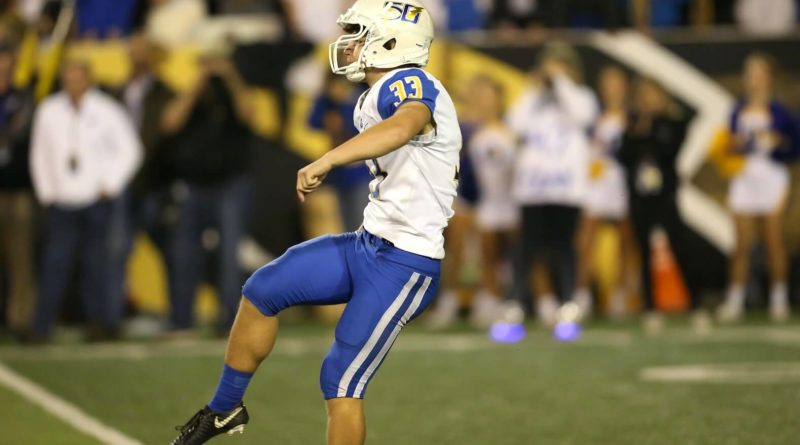 Here is an inside look at the 2020 Oxford Chargers football team.

The reigning 6A state champs have their work cut out for them if they want to pull a repeat performance in 2020, and Chris Cutcliffe’s bunch are not resting on their laurels.

Oxford must find a way to replace seven starters on the offensive side of the ball, including starting quarterback and the team’s top rusher John Meager. Cutcliffe said finding an heir-apparent might take a couple of weeks.

“We’ll likely play two-deep at every position early in the season,” he said. “Because of the unpredictability with COVID, you could lose any player for 14 days at any time, so you have to have another guy ready to go.”

For Oxford, those two guys at quarterback are junior Michael Harvey and sophomore Trip Maxwell. Harvey played sparingly as a sophomore, completing nine of 12 passes for 71 yards with one touchdown and one pick.

Whoever wins the job has a couple of solid targets in seniors DK Johnson, who caught 32 passes for 382 yards and three touchdowns a year ago, and Jalen Webb. Webb hasn’t had as much playing time, but Cutcliffe cited his stellar off-season as one reason he’s excited to see what Webb can do after waiting his turn to start.

Up front, the Chargers return three starters – Stratton Smith, Bryce Mullen and Jamal Pegues. Here again, Cutcliffe said he’ll likely rotate a bunch of guys early in the season. Omar Howell is the team’s returning rushing leader, having carried the ball 94 times for 360 yards and one touchdown a year ago.

Perhaps no coach in the state asks more of their tight ends than Cutcliffe, and there’s some big shoes to fill there with last year’s starters J.J. Pegues and Clay Cromwell suiting up for Auburn and Navy this season. Cutcliffe said he feels like seniors Alec Vaughn, Trenton Brannon and Kortlen Wilfawn are ready to step into those roles.

“We are replacing a bunch of key guys this year for sure,” Cutcliffe said. “But for me, I’ve always been a big believer in winning the battle up front. I know that sounds like a cliche, but we’ve got some guys coming back on the line and I want to see us be competitive there.”

The defense is almost a complete rebuild, with linebacker Tristan Shorter the unit’s lone returning starter.

Aside from Shorter, who made 12 of his 84 stops behind the line of scrimmage in 2019, the Chargers have a couple of untested-but-promising new starters at linebacker in sophomore Alex Shorter and junior Keegan Wilfawn.

In the back end, juniors Elijah Wadley and Jamal Giles will take on larger roles and Cutcliffe is looking for leadership out of senior Xavier Walton, who could be poised for a big season.

“I think we’ve had several groups in a row that have had some strong leaders,” Cutcliffe said. “They’ve left a really good legacy behind on what it means to be an Oxford Charger. The foundation has been laid for several years, and we’re excited to see this next class step onto the field after paying their dues and waiting their turn.”

The best news for Oxford going into the season is they did retain one key weapon from last year’s group: special teams ace Jack Tannehill.

The senior is one of the best kickers in the country, and is a leader for Oxford on and off the field. He made 13 of his 18 field goals last year, went 40-for-40 on extra points and pinned opponents inside their own 20-yard line on a remarkable 19 of 51 punts.

“I’ve never been around a kicker who was a leader on the field and in the locker room like he is,” Cutcliffe said. “But he’s our best player. He consistently bails us out and puts our defense in good situations.”