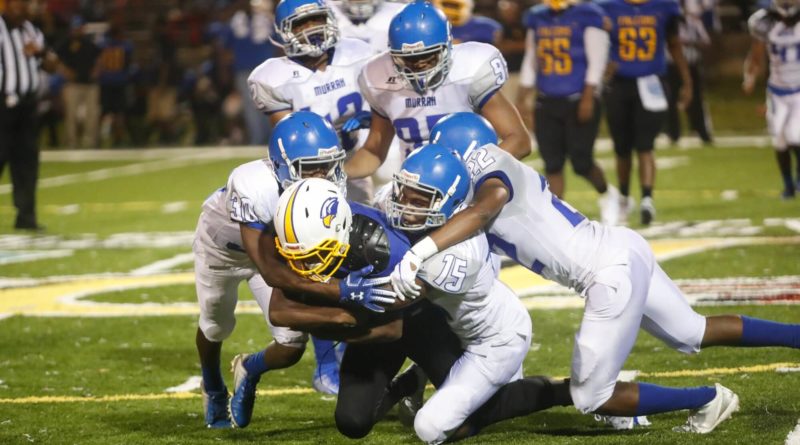 There will be no football at public schools in Mississippi’s capitol city.

Citing ongoing health concerns related to COVID-19, Jackson Public Schools announced Friday it would cancel all extracurricular activities, including sports, through the end of 2020.

“I know how disappointing the cancellation of sports and extracurricular activities may be for students, coaches and parents,” JPS athletic director Daryl Jones said in a statement that accompanied the announcement. “But the school district must make decisions that make safety our top priority. As we will not be able to host competitions with teams in a way that we can comply with the guidance from all levels of government and health officials, we must put safety first.”

Jackson Public Schools is the third district in the state to announce plans to cancel the upcoming fall sports seasons for football, volleyball and cross country, joining Greenville and Greenwood in the Mississippi Delta.

It is, however, by far the biggest. JPS is comprised of seven high schools: Jim Hill, Forest Hill, Murrah, Callaway, Lanier, Provine and Wingfield. None will participate in any fall sports in 2020.

Several JPS coaches could not be reached for comment.

The release cited the rising number of cases in the metro area and Hinds County holding the status of being a “hot spot” for the spread of the virus.

“Coronavirus cases have been rising in the Jackson area in recent weeks resulting in Governor Tate Reeves and state health officials naming Hinds County as one of eight hot spots in the state,” it said. “Mississippi now leads the nation in COVID-19 positivity rates. Additionally, major collegiate leagues including the Big Ten and Pac 12 have moved to cancel fall seasons in recent days.”

The upcoming MHSAA football season was set to officially begin with the start of fall team practices Monday.

The district also announced plans to help athletes who want to play at the next level who will now miss their senior season due to the cancellation.

According to the release JPS plans to conduct small group workout sessions, create highlight videos for seniors, conduct a winter football combine and provide a strength and conditioning advisor for athletes.

JPS also canceled band and cheerleading activities for the fall, but said it would offer optional small-group music lessons for band members and tumbling, stunt and technical assistance for cheerleaders.