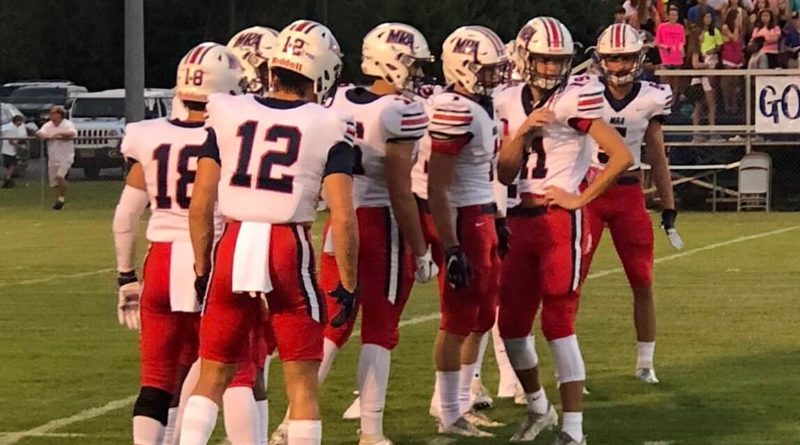 Madison-Ridgeland Academy has canceled a high school football jamboree that was set for this coming Friday due to COVID-19.

One MRA player, who has not been officially identified, tested positive for the virus Friday morning, hours before MRA took part in a scrimmage against Simpson Academy in Madison.

After reviewing film from a Thursday intra-squad scrimmage, 19 players who came in contact with the player who had tested positive were ordered to quarantine, according to the school’s top administrator.

“We expected we’d have some positive tests throughout the semester,” MRA’s headmaster Termie Land said Monday. “Unfortunately, we had one Friday and one Saturday. That’s why we thought it prudent to cancel a multi-team, multi-school jamboree.”

A source close to the team said the player who tested positive on Friday had only mild symptoms and was in otherwise good health.

Land said the team’s practices this week will be limited to no-contact drills. Each of the 19 players currently under quarantine will be allowed to return to practice if they show no symptoms over the next three days.

“It’s a fluid situation,” Land said. “We’ll re-assess later in the week when we know more and we’ll go from there.”

MRA is set to open the regular season on Aug. 21 against Trinity Christian out of Dallas, Texas. That game is set to be played at Calvary Baptist High School in Shreveport, La.

Patriots’ coach Herbert Davis said he wouldn’t call the situation “an outbreak,” adding that his first priority going into the season was the safety of his players.

“We just have a couple of things going on,” he said. “That’s why we wanted to take these precautions. We want to make sure we’re good going into this first game on Aug. 21.”

According to the school’s re-entry plan, students who test positive for the virus must quarantine for 14 calendar days from the date of the positive test. To be admitted back to school – and to participate in extracurricular activities like football – the student must show no symptoms for the final three days of the quarantine and provide clearance in writing from their physician.

Any student directly exposed to the student or faculty member who tested positive must quarantine for five days and be symptom-free for the final three days of that quarantine.

The reigning MAIS state champions have 54 players listed on their official team roster.

Jackson Academy has also canceled a scheduled scrimmage set for this coming Friday night, but Raider Athletic Director David Sykes could not be immediately reached for comment.