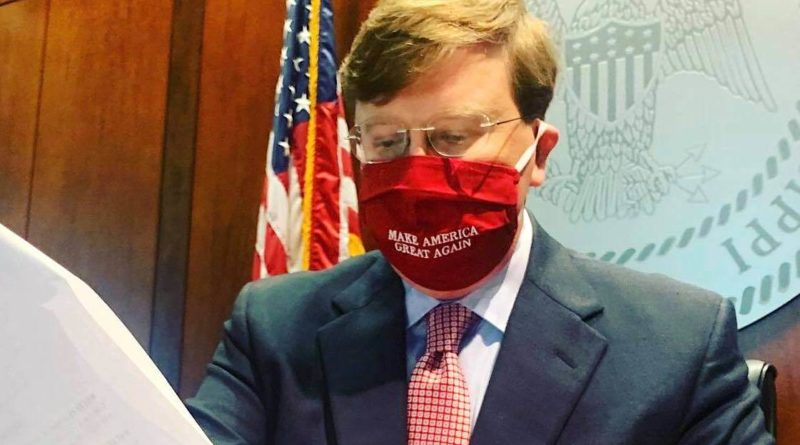 Mississippi Governor Tate Reeves has announced delayed starts to the academic year for high schoolers in eight counties with significant outbreaks of COVID-19.

Under one of two new executive orders, schools will be allowed to begin in-person classes next week in all but eight of Mississippi’s 82 counties. Schools in Bolivar, Coahoma, Forrest, George, Hinds, Panola, Sunflower and Washington Counties will be allowed to resume in-person classes on Aug. 17 – the day schools are currently scheduled to start full-squad practices for football. The order only affects students in 7th through 12th grades.

He also announced another executive order that will require everyone in the state to wear masks or face coverings in public, unless there is some underlying health condition preventing it. That includes teachers and students in Mississippi’s schools.

“Up to this point, we’ve kept the focus on masks in counties with the highest rate of spread,” Reeves said. “Now, I believe with a two-week push, we can have the maximum effect and allow for education to occur for our young people.”

The Mississippi High School Activities Association had already pushed the start of the fall sports schedule back two weeks (to Aug. 17 for football), and it’s unclear, at this point, if the new rule will further impact those plans. Mississippi is one of a handful of Southern states that is pressing forward with a fall sports season.

Private schools, governed by the Mississippi Association of Independent Schools (MAIS), are scheduled to begin playing football next week, on Friday, Aug. 14.

Asked more directly about football season, which routinely draws large crowds, Reeves said he hasn’t made a decision whether or not to limit participation.

“What I would say is this: We haven’t made a decision on an executive order as it relates to high school football,” Reeves said. “For perspective, I’ve had extensive conversations with our university leaders on what college football would look like. The SEC said there would be no college games until at least Sept. 26.

“Nobody likes high school sports as much as I do, but I’m going to focus on the education of our students first and foremost. There are several sports at the high school level that can be safely played. I know this for sure: I do not envision any scenario in which there can be a large crowd in the stands to watch those games.”

Asked directly about private schools starting the season next week, Dobbs said his fears are more about the crowds than the participants on the field.

“There is risk for the players on the field,” Dobbs said. “That said, there aren’t a lot of 65-year-olds taking the field out there. But there would be in the stands, and that could promulgate community spread in areas. So if we’re going to play football in the next couple of weeks, the stands would need to be nearly empty.”

Current plans for crowds at football games vary from district to district, but the Governor had previously mandated that schools admit fewer than 50 percent of the maximum capacity of their stadiums.

Dobbs added that the state’s department of health is currently monitoring an outbreak at an unspecified high school’s band camp.

Mississippi reported 1,074 newly identified COVID-19 cases and 43 deaths Tuesday, bringing the state’s totals to 62,199 cases and 1,753 deaths since the first case was reported on March 3.

But data show Mississippi may have seen its peak in terms of spread. Mississippi’s seven-day rolling average of new cases has dropped from 1,381 on July 26 to 1,167 on Tuesday. Reeves cited that as one number that has him optimistic that the worst may be past.

“Every leading indicator is that we are starting to turn a corner and improve,” Reeves said. “But that doesn’t mean we can declare victory and take a step back. We need to take advantage of the curve turning back in our favor by taking common sense steps, like wearing a mask.”