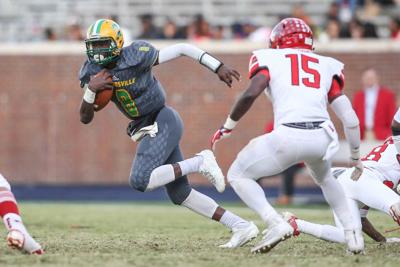 There was a ton of speculation as to where Taylorsville 4-star quarterback Ty Keyes would land when the senior announced last week he was soon to make a decision.

On Friday, Keyes put an end to the guess-work when he committed to play college ball for the Tulane Green Wave.

Keyes put up phenomenal numbers for the third year in a row as a junior, completing 213 of his 309 passes for 3,721 yards with 41 touchdowns and just seven interceptions. With 12,019 total passing yards in three seasons as a starter, Keyes is well within range of breaking former St. Stanislaus quarterback Myles Brennan’s career record of 15,138.

More: A look at the top 10 quarterbacks in Mississippi headed into 2020

The rising senior also held offers from Ole Miss and Southern Miss, as well as Auburn, Oregon and Nebraska, among others.