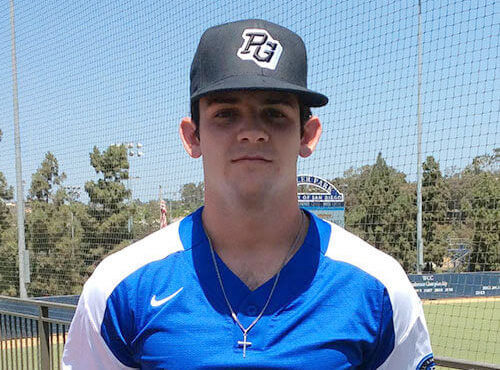 One of the coast’s best baseball players has committed to play college ball at Southern Miss.

Gulfport middle infielder Cade Crosby made his announcement Sunday afternoon on Twitter. He had previously committed to play at Samford, but said he couldn’t pass up an opportunity to play at the same school as his father, Matt Crosby, who lettered in baseball at Southern Miss from 1990 to 1992.

“It all happened in a matter of a couple of weeks,” Crosby said Monday afternoon. “Southern Miss is closer to home and financially, it makes sense for my family. I’ve always been a USM fan and grew up going to games and wanting to play there.”

One thing’s for sure – Southern Miss is getting a good player.

Crosby batted .455 in 98 plate appearances as a junior at Long Beach before transferring to Gulfport for his senior season, which was cut short by COVID-19. He was batting .300 in 40 plate appearances this past spring before the season ended abruptly following a showcase game against Brandon at the Biloxi Shuckers’ MGM Park.

“For me as a new guy coming into that program, we were just really starting to gel,” Crosby said. “We found out right after that game the season was going to be canceled. It was a gut punch. We had a couple of guys trying to go play juco or get offers. We had a chance to make a run at state, because we were loaded.”

As consistent as he’s been at the plate, Crosby was also coveted by college recruiters for his defensive skills. He played shortstop for Long Beach and Gulfport, but GHS baseball coach Jamie McMahon said he is capable of playing either middle infield positions or third base at the next level.

“He’s a leader, first and foremost,” McMahon said. “He plays the game really hard. I wish we could have finished the season to see what he could have done. He’s a good infielder and a really tough out at the plate.”

Crosby also excelled on the football field at Gulfport, passing for 2,367 yards and 27 touchdowns with just four interceptions.

For coaches and athletic directors: How to get started with SBLive Sports