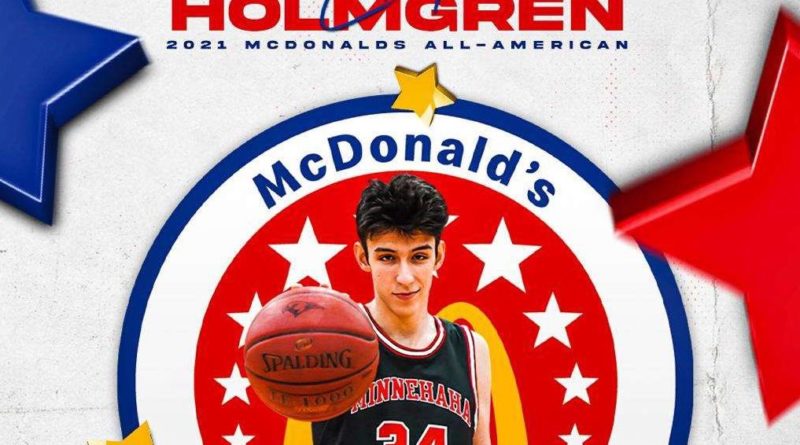 Chet Holmgren, the Minnehaha Academy star and the No. 1 overall recruit in the class of 2021, committed to Gonzaga University men’s basketball on Monday. Holmgren had seven schools on his final list and made the announcement live on ESPN.

Holmgren, who was high school teammates with current Gonzaga star Jalen Suggs, is a versatile 7-footer with tremendous upside. He is widely considered a lock to be the No. 1 overall pick in the 2022 NBA Draft.

Holmgren is the highest-ranked recruit in the history of Gonzaga, taking the honors from Suggs who held that title for the past year.

Holmgren dominated in the Minnesota Class AAA state championship game just over a week ago, finishing with 18 points, 13 rebounds, seven assists and two blocks as Minnehaha Academy claimed its fourth consecutive state title with an 80-29 rout of Alexandria.