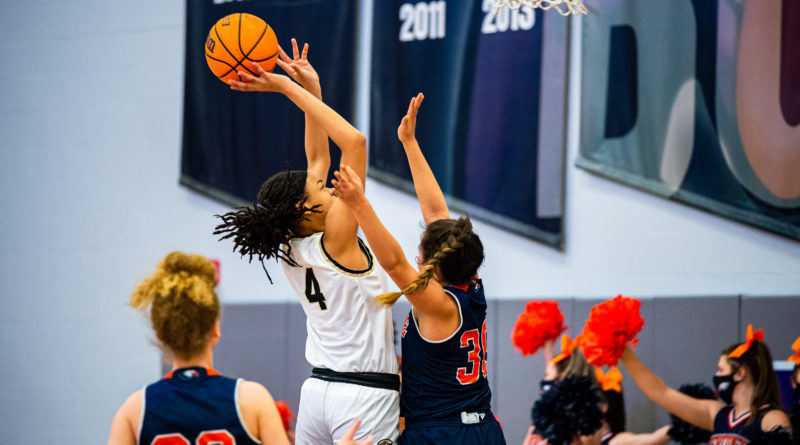 The 2021 Minnesota high school girls basketball state finals took place Friday at the Target Center in Minneapolis. Here’s a look at some of the day’s top performers as Chaska (4A), Becker (3A), Albany (2A) and Minneota (A) were crowned state champions.

Abby Hennen, Minneota: Hennen tied for the game high with 12 points, helping Minneota hold off Belgrade Brooten Elrosa for a 48-45 win in the Class A title game. Her two free throws with 2.8 seconds left helped seal the victory. She also had a game-high five assists.

Paige Meyer, Albany: Meyer nearly had a triple-double in Albany’s Class AA championship-clinching 57-43 win over Providence Academy. She finished with 20 points, 10 rebounds, nine assists and four steals and was 10 for 10 from the line.

Abby Rost, Minneota: Rost tied for the game high with 12 points as Minneota fought off Belgrade Brooten Elrosa for a 48-45 victory in the Class A championship game. She led the team with nine rebounds.

Helen Staley, Rosemount: Rosemount came up just short of a Class AAAA championship, falling 45-43 to Chaska in the state final, but Staley did her part, tallying a game-high 17 points, nine rebounds and five assists.

Kaylee Van Eps, Chaska: Van Eps’ layup with 5.2 seconds remaining lifted Chaska to a 45-43 win over Rosemount in the Class AAAA final. She finished with 11 points and eight assists.

Abby Wendorff, Marshall: Wendorff had a team-high 18 points in Marshall’s 70-58 loss to Becker in the Class AAA final.