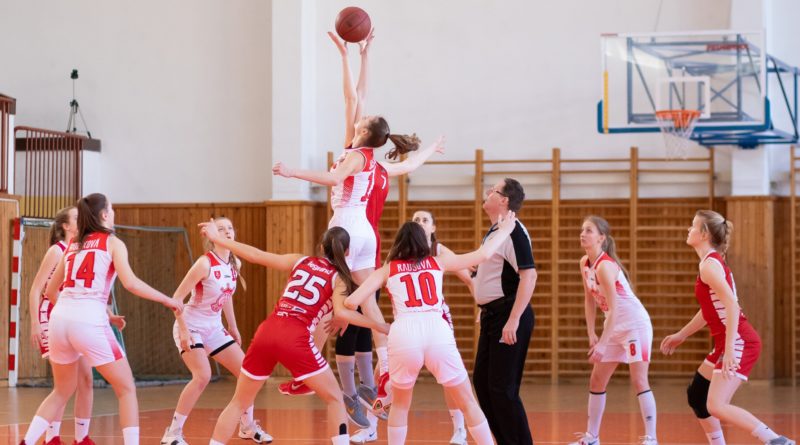 A bench player for the first portion of the season, Berge has emerged as a two-way standout. The 5-foot-10 sophomore is averaging 17.2 points through six postseason games.

The 6-foot Knight, a 1A all-state pick and Minnesota State-Moorhead signee, recorded 15 points, 10 rebounds and four blocks in the semifinals, helping Belgrade Brooten Elrosa clinch its first trip to a state final.

Hennen, a 1A all-state selection, sank the go-ahead free-throw with 2.1 seconds remaining in Minneota’s 54-53 semifinal victory over Mt. Iron-Buhl. The 5-foot-9 senior is averaging 17.8 points per game and has more than 2,000 points for her career.

A 1A all-state selection, the 5-foot-11 Rolbiecki scored her 1,000th career point in the semifinals and is averaging 15.4 points this season. Minneota won the 2019 state title and was in the semifinals when last year’s tournament was canceled.

Christen nearly matched her season average of 10.9 points by scoring 10 in Albany’s 72-49 rout of Glencoe-Silver Lake in the 2A semifinals. The 5-foot-7 guard has been a steady performer for the Huskies all season.

A South Dakota State signee, Meyer netted her 2,000th career point in January and is averaging 19.7 points as a senior. The 5-foot-6 all-state point guard piled up 27 points, seven rebounds, 10 assists and three steals in the semifinals.

Older sister of Grace, the 5-foot-11 Maria Counts earned honorable mention all-state honors and is averaging 11.9 points, 10.2 rebounds, 5.1 assists, 3.5 steals and 1.7 blocks. The Counts’ grandfather is Mel Counts, an All-American at Oregon State who played in the NBA for 12 seasons.

Only a seventh-grader, Greenway is averaging a team-leading 21.1 points along with 4.7 rebounds, 5.4 assists and 3.5 steals. The 5-foot-6 point guard is the daughter of former Minnesota Vikings All-Pro linebacker Chad Greenway.

The 5-foot-9 Meier, a 3A all-state honorable mention pick, had a strong game in the interior as Marshall knocked off Academy of Holy Angels 75-58 in the semifinals. The Tigers are trying to win their first state title since going back-to-back in 2001-02.

One of the state’s most dangerous offensive players, Hilgemann netted her 2,000th career point in early February and became the school’s all-time leading scorer later in the month. The 5-foot-10 Northern State signee was a 3A all-state selection.

A University of Tampa commit, Kent is averaging 13.3 points, 3.4 rebounds, 2.8 assists and 3.1 steals. The 5-foot-8 all-state junior has helped lead Becker back to the state championship game after the team shared last year’s 3A title with DeLaSalle.

Sanders is a talented 5-foot-8 sophomore point guard who is averaging 16.5 points per game. She netted 20 points in the semifinals for the Hawks, who are one win from their first state title.

Heyer, a 4A all-state selection, is putting up a team-leading 21.8 points per game for Chaska. The 6-foot-1 Minnesota commit had 24 points and 13 rebounds as Chaska defeated Hopkins 67-62 in the semifinals, ending the Royals’ 78-game win streak that began early in Paige Bueckers’ junior season.

Van Eps is third on the team in scoring behind Heyer and Sanders at 11.1 points per game. The 5-foot-11 shooting guard signed with Lehigh in November.

Leenderts is averaging a team-leading 9.9 points for defensive-oriented Rosemount, which defeated Centennial 40-33 in the semifinals. The 6-foot junior had eight points and seven rebounds in the victory.

The 5-foot-10 senior filled the stat sheet with 10 points, three rebounds, two assists, two steals and a block in the semifinals. The big performance helped lift Rosemount to the program’s first title game appearance since 1988. The Irish have never won a state championship.