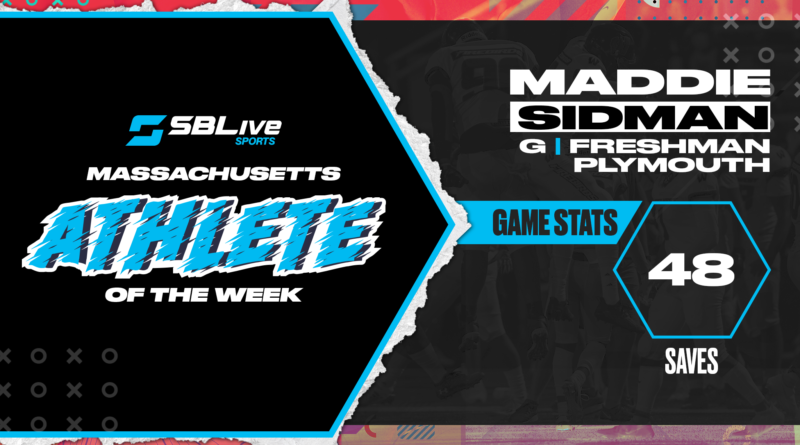 Sidman recorded an impressive 48-save performance for Plymouth in a 1-0 win over Pembroke.

The goalie ran away with this week’s honor, receiving 60.43% of the total vote.

David Egan, Essex Tech Boys Hockey: Had a hat-trick (3 goals) in a 4-2 win over Saugus.

Ricky Robinson, BC High Boys Hockey: Had the game sealing goal to win the Frates Classic Championship over Pope Francis 3-2.

Marina Greaney, Bedford Girls Basketball: Had 17 points in a 57-25 win over Weston.

Ayla Abban, Duxbury Girls Hockey: Had a hat-trick (3 goals) in a 5-1 win over Falmouth.