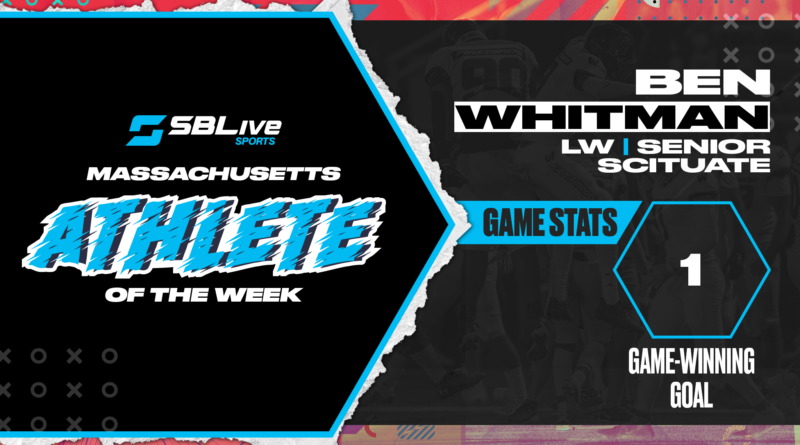 The senior had the game winner off a slap shot from the top of the circle, to seal the 2-1 victory over Hanover.

Grace Nelson, Bishop Feehan Girls Hockey: Had 2 goals and 3 assists in a 6-3 win over Arlington Catholic.

Jaeden Greenleaf, Cape Cod Academy Boys Basketball: Greenleaf had 28 points, 7 assists, and 6 rebounds in a 70-55 win over against Dennis-Yarmouth Regional.

Teagan Wilson, Newburyport Girls Hockey: Made 34 saves on 35 shots in a 0-1 loss against Winthrop.