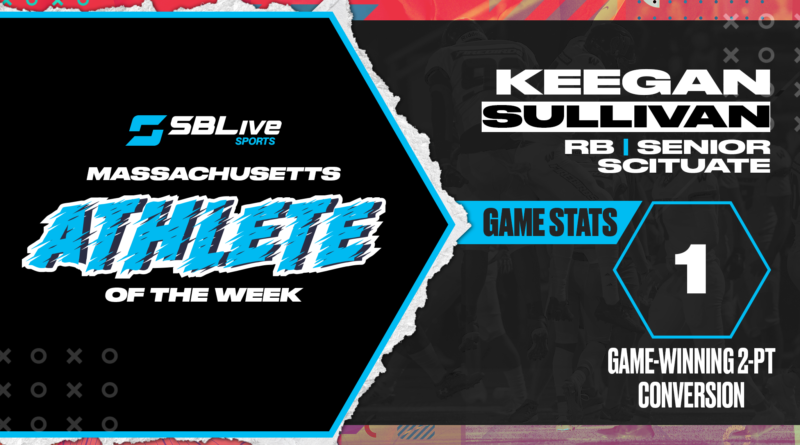 Congratulations to Scituate running back Keegan Sullivan for being voted SBLive’s Massachusetts High School Athlete of the Week for Nov. 29-Dec. 5!

The senior had the game-winning two-point run to win the D4 title game 14-13 over Duxbury.

Sullivan ran away with this week’s honor, receiving 90.86% of the total vote.

Anthony Tinkham, Northeast Metro RVT Football: Rushed for 125 yards on 6 carries and had a touchdown in 30-7 playoff win against Greater New Bedford RVT.

Logan Rogers, Rockland Football: Led the Bulldogs with 63 yards receiving on two catches in 23-13 win over Abington, which is Rockland’s first Super Bowl title since 2000.