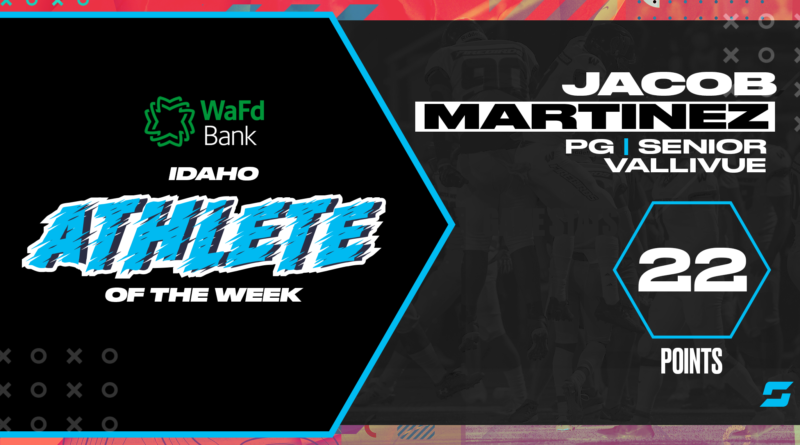 The senior scored 22 points in the Falcons’ 59-47 win over Sugar-Salem.

Aspen Caldwell, Thunder Ridge Girls Basketball: Caldwell had quite the week with a combined 60 points in wins over Idaho Falls, Coeur d’Alene and Mountain View.

Liam Campbell, Owyhee Boys Basketball: Campbell averaged 26.7 points at California’s The Classic at Damien to lead the Storm to a third-place finish in the Platinum Division and make multiple all-tournament teams there.

Jenna Chase, Timberlake Girls Basketball: Chase scored 23 points, including nine in the first quarter, in a 68-47 win over Ephrate (WA).

Aly Cox, Timberline Girls Basketball: Cox recorded a double-double of 14 points and 12 rebounds in a 70-31 shellacking of Hillcrest.

Isaiah Harwell, Century Boys Basketball: Harwell chalked up 24 points, including four dunks, to pace the Diamondbacks to taking the East Idaho Holiday Shootout Tournament in a 77-61 win against Skyline.

Addie Kiefer, Lakeland Girls Basketball: Kiefer had a double-double of 18 points and 12 rebounds to go with four steals in a 45-39 win over Ridgeline (WA).

Mylie Mills, Columbia Girls Basketball: Mills notched a double-double of 14 points and 10 rebounds in a 55-25 rout of 5A Centennial.

Kolton Mitchell, Lake City Boys Basketball: Mitchell got a measure of revenge with 34 points, including 23 in the second half in a 77-71 double overtime win over Meridian in a rematch of last year’s 5A state final.

Capri Sims, Post Falls Girls Basketball: Sims was named the tournament MVP and led the Trojans in winning the Avista Winter Classic with several impressive performances, including a double-double of 25 points and 20 rebounds against Lapwai.