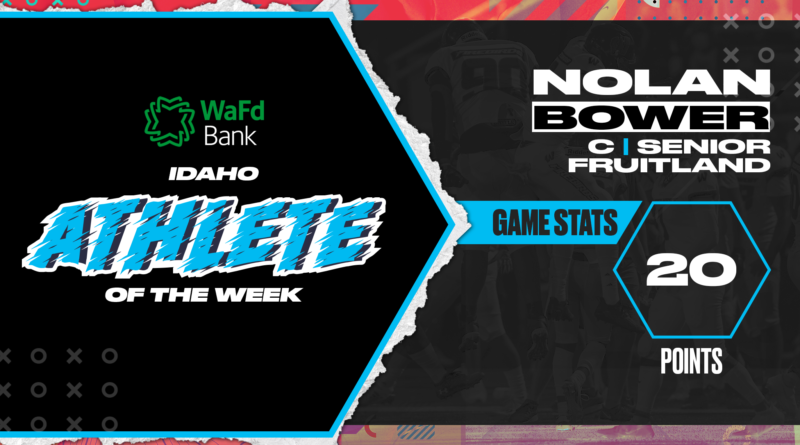 The senior put up 20 points for the Fruitland Grizzlies in their 70-53 win over Buhl.

Liam Campbell, Owyhee Boys Basketball: Campbell dropped a game-high 32 points, along with eight rebounds, but it wasn’t quite enough as the Storm fell 80-76 to Eagle in four overtimes.

Reece Garey, Kimberly Girls Basketball: Garey finished with a game-high 16 points in a 45-41 win over Homedale.

Jadon Johnson, Valley Boys Basketball: Johnson drained six three-pointers on his way to 25 points in a 64-47 win over Glenns Ferry.

Jordyn McCormack-Marks, Lapwai Girls Basketball: McCormack-Marks put up a triple-double of 12 points, 11 steals and 10 rebounds in an 80-14 shellacking of Genesee.

Kiya McAffee, Butte County Girls Basketball: McAfee totaled half of her opponents’ points with 14 in a 64-28 blowout win over Carey.

Tyler Medaris, Middleton Boys Basketball: Medaris recorded a double-double of 20 points and 10 boards with three assists in a 61-57 win over 5A Boise.

Alyssa Randles, Coeur d’Alene Girls Wrestling: Randles earned All-American honors by pinning three of her four opponents to win the 126-pound bracket at the Reno Tournament of Champions in Nevada.

Capri Sims, Post Falls Girls Basketball: Sims bagged a double-double of 17 rebounds and 13 points in a 52-49 loss to Huntsville (ALA.) in the finals of the Ruby Bracket in the Tarkanian Classic in Las Vegas.

Madison Symons, Coeur d’Alene Girls Basketball: Symons broke the single-game scoring record that stood for more than 30 years with 38 points in a 64-55 win over Eisenhower (WA).

Braden Volkers, Melba Boys Basketball: Volkers missed just one shot on his way to going 9 of 10 from the field for 23 points in a 66-38 rout over Homedale.