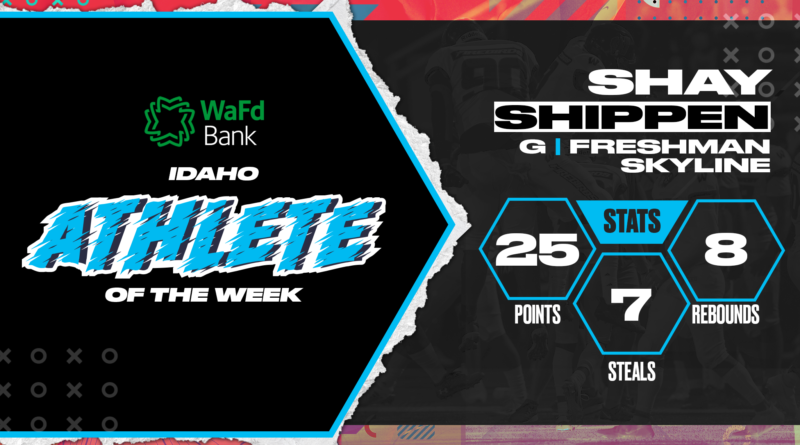 The freshman’s stat-line featured 25 points on 7-of-12 shooting, eight rebounds, seven steals, five assists and a pair of blocks in a 68-54 win over Hillcrest.

Skylar Burke, Coeur d’Alene Girls Basketball: Burke had 28 points, including 13 in the third quarter alone, as the Vikings remained perfect on the season in a 62-36 win over Lakeland.

Hailey Cheney, Kellogg Girls Basketball: Cheney put up a double-double of 21 points and 13 rebounds in a 53-25 win over Bonners Ferry.

Terrell Ellenwood-Jones, Lapwai Boys Basketball: Ellenwood-Jones recorded a double-double of 24 points and 11 rebounds to down Class 5A Coeur d’Alene 76-68.

Gavin Gordon, Kuna Boys Basketball: Gordon chalked up 30 points in a 60-41 win over Shelley at the Preston Indians Classic.

Hoyt Hvass, Lewiston Wrestling: Hvass won the 120-pound championship at the 50th Tri-State Championships to remain unbeaten on the season.

Scott Lloyd, Jerome Boys Basketball: Lloyd bagged 20 points in a 65-58 upset over the No. 1 Preston in the finals over the Preston Indians Classic.

Kendall Pickford, Lake City Girls Basketball: Pickford, drained seven of her team’s 18 3-pointers for a game-high 21 points in a 81-71 win over Desert Oasis (NV) at the Tarkanian Classic in Las Vegas.

Johnny Sugarman, Ambrose Boys Basketball: Sugarman got a measure of revenge with 22 points in a 51-50 win against St. Maries in a rematch of last season’s 2A state title game.

Junior Vander Brown, Lakeside Boys Basketball: With his team down three players, including a starter, Vander Brown stepped up and dropped 33 points in a 62-42 win over Grangeville.