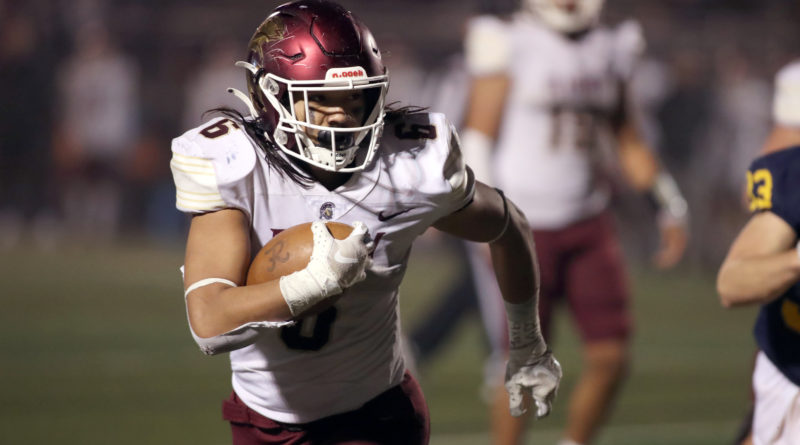 Each week, SBLive will rank the top 10 teams across the state of Idaho regardless of classification. Here’s a look at how those teams fared in games played in Week 12 – state semifinal round – of the high school football season.

This time, PK Ian Hershey’s game-winning field goal was on final play – and his 41-yarder would have been good from 60. Rams in 11th 5A title game since 2000.

Not sure what more the Warriors’ offense could have done, scoring touchdowns on its first seven possessions – and never having to punt the entire game.

The Mavericks failed to win a postseason game for the first time in eight years, but still had undefeated regular season and won first 5A SIC title in program history.

The 2020 state champion Grizzlies let an 18-point second-half lead slip away and did not advance to the semifinal round for the first time since 2013.

Most points Trojans have scored in the three 3A state championship game losses to the Diggers is 28 (34-28 OT loss last year). If they score 30, should be enough.

Pirates force three turnovers, and dominate Bears once again on the ground. They will take state-best 31-game winning streak into defense of 2A crown.

Thunder is state semifinals for first time in a decade, and now face the defending state champions. Lost past two games to the Grizzlies by a combined 97-7 score.

QB Parker Pettit is the hero in overtime for the Bulldogs, tossing a 14-yard touchdown to Arie VanDenBerg, then winning it on two-point conversion keeper run.