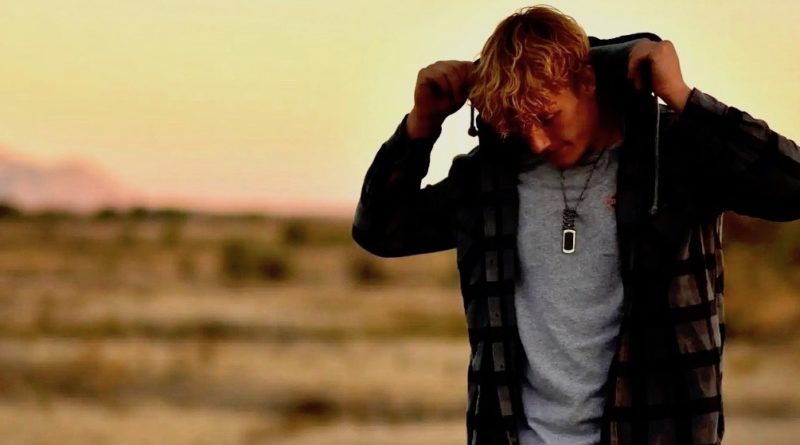 It’s not too often that you see someone wearing a necklace with a car-door hinge spring at the end of it.

But for the Butte County High School senior lineman, it means everything. It’s the last remnant of his mother, whom he lost when she was killed by a drunk driver 17 months ago.

Taylor will have that necklace tucked away in his shoulder pads and jersey when the Pirates (7-1) play reigning state runner-up Oakley (9-1) in the Class 1A Division I semifinals at 4 p.m. Saturday at Holt Arena in Pocatello.

“She was my No. 1 fan,” Taylor said. “She did everything for me. She would come to every game even when I didn’t want her to. She was that mom that was always trying to help and make me better.”

Rochellle Lee Dance Taylor was a beloved member of the Arco, Idaho community – a town of not even 1,000 residents located in Butte County. She coached volleyball and basketball at the middle school, and was an elementary-school teacher.

But to Porter Taylor, she was simply, “Mom.”

A mom that never got mad even when her then 3-year-old son went to the bathroom on the middle of the field during halftime of his older brother’s game.

A mom that took Taylor to the gym to work out whenever he asked.

A mom that did workouts with him so that he never felt alone.

And a mom who always ended every conversation with, “I love you!”

As she did before heading out the front door to get groceries on the afternoon of April 18, 2020. Those would be the last words Taylor ever heard from her.

He was in his room when his father, Richard, swung open the door and told him to get in the car. Taylor kept asking over and over what was wrong? He finally muttered the words, “I think your mom’s been in an accident.”

Richard had been on the phone with her when suddenly he heard her scream, “Oh no, no, no!” Then the line went dead. He called the Bonneville County Sheriff’s Office to see if there had been any reports of a crash. His heart dropped when the dispatcher came back on the line with an answer. An accident had been called in Interstate-15.

When they arrived on scene, traffic was backed up. So, Taylor got out of the car and ran about a quarter of a mile up the road before he saw his mother’s vehicle, which was now unrecognizable.

Taylor found an officer and took him to his father. As the teenager was walking away, he couldn’t make out much of the dialogue. But what he did has stayed with him to this day.

“She was dead at the scene.”

“I couldn’t even feel anything,” Taylor said. “I couldn’t feel my legs. There were people talking to me, but I was zoning them out. I’ve never felt that feeling ever before, and since, in my life.”

She was hit head-on by an underage driver who was intoxicated and on drugs going approximately 140 miles per hour, Taylor and his father said. He survived and is currently in prison.

Four days later, Taylor went back to the scene. It had been cleaned up as if nothing had ever happened. But there, on the side of the road, something caught his eye: It was that car-door hinge spring.

“I don’t really know why I picked it up, honestly. Something in the back of my mind just told me to,” Taylor said. “I know it may sound silly to some, but it really feels like I always have a piece of her with me wherever I go now.”

A piece Taylor needed a few short months later in late August. It was the opening game of the Butte County’s football season against Watersprings – and the first one without her.

“The first thing I always do before every game is look in the stands and look for my parents,” Porter said. “It was really weird seeing my dad and not my mom. It was really weird not hearing her say, ‘Oh, yeah Porter!’ when I did something good. You forget that she’s gone.”

Taylor helped the Pirates win the 1A D1 High Desert Conference title, advance to the state playoffs for the third consecutive season and earned all-league honors that season.

“It was impressive,” Butte County coach Sam Thorngren said. “We were all dialed in to him, just constantly monitoring him and wanting to make sure he was OK. And he was. As painful and as difficult as I’m sure it was for him, he accepted it, moved forward and grew up fast because of it.”

Taylor also plays in memory of his older brother, Tyson, whom he never got the chance to meet. At age 12, Tyson died of leukemia before he was born.

But Taylor honors his brother by wearing Tyson’s old No. 72 jersey – and has since he started playing football in the fourth grade.

“My mom and dad always said Tyson was very similar to me,” Taylor said. “We had the same attributes, same interests, and if you compared pictures of us, we’d basically look the same. He would have been a guy I really would have bonded with. So, even though we never knew each other, I’ve always felt like he’s watching and helping me out all the time.”

Taylor has continued to carry on the family legacy this season.

However, in order to do so, they’ll first have to get past the Hornets, who beat them 80-12 in last year’s quarterfinals. Oakley has played in two out of the past three state title games as well.

He has a unique good-luck charm around his neck.

“It’s pretty inspiring,” Thorngren said. “I’m happy for him right now. He lost out on more than a kid should have, but he’s gained so much about the type of person he can still become at the same time. I’m proud of him.”