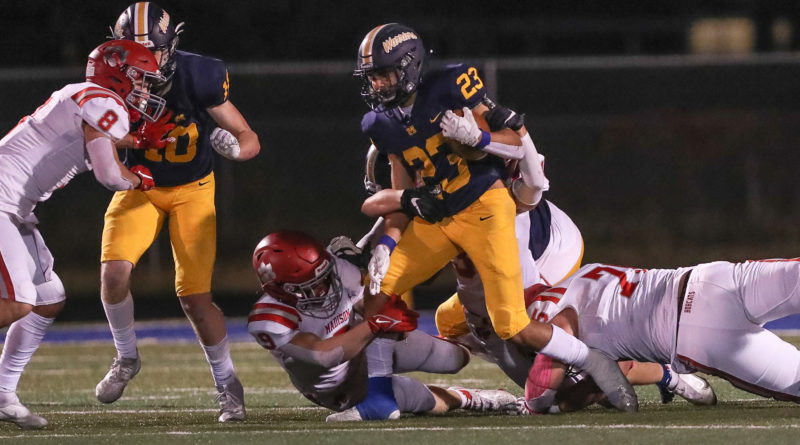 Each week, SBLive will rank the top 10 teams across the state of Idaho regardless of classification. Here’s a look at how those teams fared in games played in Week 10 of the high school football season.

After week off, Mavericks face familiar foe – Meridian – which led much of the teams’ regular-season matchup Aug. 27, won 14-13 by Mountain View.

Arguably no team needed an off week more than the reigning 5A runners-up, who were down key regulars in the season-closing loss to Madison.

Will face Highland for third time in past year in 5A quarterfinal rematch; Grizzlies defense has given up just 20 points in previous two encounters.

Defense gets three turnovers and enough offense. Next up is Coeur d’Alene, a team the Mustangs have beaten in past two playoff meetings (2011, 2016).

QB Jack Whitmer (five total TDs) allows Rams to pull away late; 5A champion Rocky Mountain up next for fourth time in past five state-playoff trips.

Unlike the other bye-week benefactors, the Vikings actually had to play this week – winning a 5A Inland Empire mini-tiebreaker; Eagle up next.

Bad time for the last remaining 4A undefeated squad to take its first loss. Big play was giving up fourth-and-goal touchdown from own 27 late in third quarter.

Expanding its 29-game winning streak – and getting on track for a third consecutive 2A title will have to wait another week.