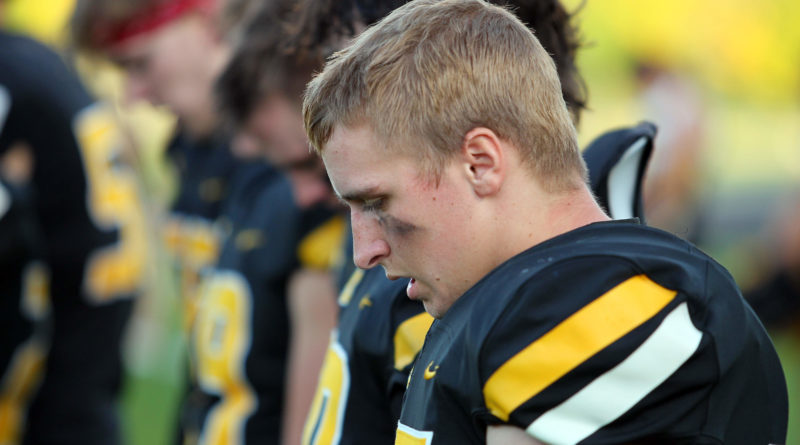 Here is an inside look at the top high school football games across the state of Idaho during the 10th full weekend – or first round of the state playoffs – of 2021:

About the Bobcats: Talk about a team flying under the radar. The Bobcats had kind of been dismissed following back-to-back double-digit losses to Highland and 4A’s Skyline. But after three consecutive wins, including a 31-28 shocker over then-No. 1 Rigby (recovered from 21-0 deficit), they enter the playoffs with all kinds of momentum. The surge has coincided with a key switch – QB Ben Dredge moved under center from tailback, replacing Kieren Valora under center.

About the Warriors: This is the moment the Warriors have been waiting for. They’ve been to the playoffs several times over the last few years. But Meridian hasn’t had a playoff win since 2007 – the year of its last state title. The good news is QB Malakai Martinez continues to remain healthy with more than 500 yards and eight touchdowns over the last three games. RB Kross Antonnacchi is also closing in on 1,000 rushing yards.

About the Eagles: It’s been a tough few weeks for the Eagles, who lost the SIC River Division title game by 18 points before falling to rival Borah for the third time in three years. But they’re in the playoffs, and that’s what matters. Capital has arguably the most efficient quarterback in the state in Max Clark (75%). Also, will the Eagles rally around coach Todd Simis, who announced after 18 years he will step down at the end of the season. Simis has never won a state title.

About the Bengals: The Bengals are looking to rebound after losing out on the chance at the 5A Inland Empire League title twice in the last four days. They lost 38-7 to rival Coeur d’Alene Friday before falling in a “Kansas City” tiebreaker playoff Monday. But the playoffs bring new beginnings and a chance for Lewiston to get back to its winning ways. It still possesses the No. 1 offense (41 ppg), led by the dynamic duo of QB Jace McKarcher and RB Cruz Hepburn.

Game nugget: This will be the first meeting between the SIC schools in two years.

About the Lions: After a somewhat surprising 41-14 lopsided loss to Skyview last Thursday, the Lions’ playoff chances relied on the lone at-large berth. Lucky for them, they were the last team in. Now Borah will look to get back to its winning ways, something it had been doing with five consecutive wins. Parker Rushton led the 5A SIC in rushing this season with nearly 1,200 yards. And Bradley Toth led the league in receiving with 55 catches, 794 yards and eight touchdowns.

About the Eagles: Outside of No. 1 Mountain View, there arguably isn’t a hotter team in the classification than the Mustangs right now. After being on the verge of falling to 2-3 by being down 20 points to Meridian in the fourth quarter, Eagle pulled off the comeback – and hasn’t looked back since. QB Jack Benson is torching teams with his arm (1,600 yards) and legs (9.4 ypc) and then pick your poison at tailback with guys such as Deegan Martinho, or Ian Duarte at receiver.

About the Bruins: Twin Falls’ only two losses are to the two two teams in the classification in Minico and Pocatello by seven points apiece). So the Bruins are right there with the best of them. They’ll look to give the Knights a taste of their own medicine with their own ground-and-pound run game. James Noorlander, Wyatt Solosabal and Jace Mahlke have a combined 1,354 yards and 22 touchdowns among them. But Andy Geilman (1,303 passing yards) can throw it, too.

About the Knights:  This is where the Knights thrive. Six state championships don’t lie. The storied program is peaking at the right time too. Bishop Kelly has rattled off six consecutive wins – five by double digits – since being shut out for the first time in 13 years in a 21-0 loss to Emmett on Sept. 10. Seth Knothe might be the best running back in the state with 1,585 yards and 28 touchdowns this season. Coach Tim Brennan also brings in 26 years of experience.

About the Bulldogs: They seemed pretty dead in the water a little more than a month ago. They were 1-4 with all four losses coming by double digits. But since the aforementioned loss to Emmett, Nampa has won four games in a row, including 52-50 over Middleton. QB Gabe Navarro has made significant strides since the beginning of the season, and WR Trais Higgins leads the state with 1,330 yards and 10 TDs.

About the Huskies: They showed they were not a one-hit wonder by winning back-to-back 4A Southern Idaho Conference titles for the first time in program history. But they did just have a head-scratching 8-7 loss at home to Vallivue last week. Emmett can ill-afford to get complacent now – and coach Rich Hargitt and QB Caden Young shouldn’t let that happen. Young has a strong case for state player of the year with nearly 2,500 total yards and 32 TDs.