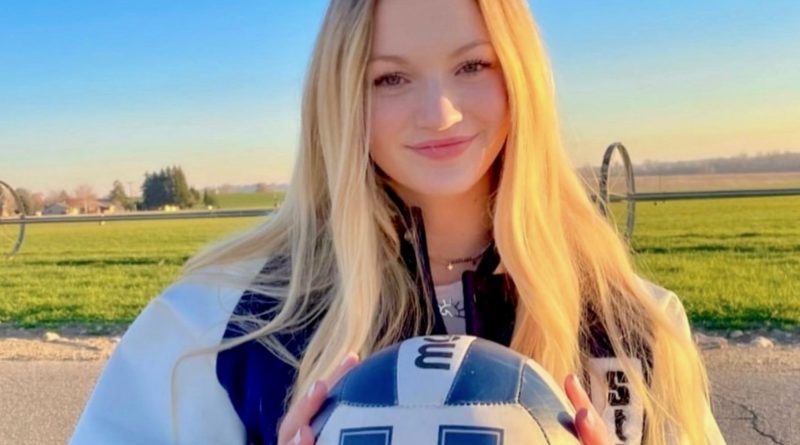 As contending teams position themselves for an October run to a league title – and postseason riches – that is usually the time top-tier talent shines on the volleyball court.

CLASS 5A VOLLEYBALL PLAYERS TO WATCH

The 6-foot-2 University of Oregon commit hasn’t missed a beat since returning to the court. The transfer from Bend, Oregon missed last year after having her season canceled due to COVID-19.

The reigning all-state and 5A Southern Idaho Conference Player of the Year is arguably the best player in Idaho. She hovers over opponents at 6-3 and is committed to BYU, which is currently ranked sixth in the country.

Eden’s younger sister has made her own name for herself. Longtime coach Kevin Murphy already implicitly trusts her with his offense. She’s a first-team all-state and all-conference player with dynamic serving, too.

Grizzle has already made quite the impression. She earned all-conference honors as just a sophomore and was just named to the national AVCA All-American junior watch list. A lot of it has to do with her defense, which is one of the state’s best.

Kerbs tallied almost 1,100 assists to earn all-High Country Conference first-team honors to help the Bobcats take home their third consecutive state trophy last year. She’s already on pace to eclipse that (595) and her dig total (233) for the fifth-ranked team in the state.

Murphy is proving that size doesn’t matter. Even at 5-8, she’s been striking fear into opposing teams with her hitting ability for years now. She was an all-state and all-conference selection last season, and is on her way to doing so again with a .282 hitting percentage in league play.

Ojukwu is a basketball star. But she’s just as good at volleyball. The all-state and all-conference player was named to the national AVCA All-American senior watch list. She’s also narrowed her list to Arizona, Gonzaga and Utah state for basketball – and volleyball.

Stoddard is listed on the roster as an outside hitter, but her future is at setter, and at the NCAA Division I level, no less. She is committed to Gonzaga. Stoddard was an All-5A Inland Empire League player a year ago and is well on her way to doing so again with more than 200 kills.

CLASS 4A VOLLEYBALL PLAYERS TO WATCH

The Wolverines are the No. 1 team in the state, according to the coaches poll, and Chambers is a big reason why. She is averaging nearly 20 assists per match to go with 4.9 digs and 3.5 kills.. But this is nothing new. Chambers broke out with an all-state selection last year.

Hansen switched over from middle blocker to outside hitter this season. But she hasn’t missed a beat. Even a possible stress fracture on her foot hasn’t affected her play. She recently put up a near-“triple double” with 16 kills, nine aces and eight digs against Canyon Ridge.

Chantal McMurtrey is one of the most successful and well-known coaches in the state. So when she says Kofe is already one of the top-five setters in the state – listen up. Kofe has the stats and accolades to back that up. She already has 630 assists and earned all-state honors last year.

At the Rocky Mountain Tournament, Mills took a ball right to the face. After sprinting to the trash can, blood dripping from her nose and more in her teeth, she asked to go right back in. That’s what this all-league and all-state player is all about. She is closing in on 200 kills this season.

Radford has been playing volleyball since she was 7. And it shows. The 6-2 two-time all-SIC player led the Bulldogs to their first playoff appearance in 19 years last season. Radford is leading the league in kills (20 per match) this season, and is committed to Utah State.

CLASS 3A VOLLEYBALL PLAYERS TO WATCH

Compas has been among the top 2-3 players in the SRV since she stepped onto the court four years ago. She was a first-team all-league player her first two seasons before being the co-MVP last year, while also being named all-state. She is committed to Utah State Eastern.

What hasn’t Miller done?. She’s a three-time all-state player, an all-region player, a conference player of the year and has led the Diggers to back-to-back state titles. Miller is averaging 14 kills and 13 digs per match this season, while talking to Idaho State and others.

O’Neil gets up at 5 a.m. each day. So it’s no wonder why she’s a three-time all-conference selection, including last year’s co-player of the year, an all-state pick and a member of the 2019 state runner-up team. O’Neil is approaching 300 assists, 200 digs and 200 kills this season.

CLASS 2A VOLLEYBALL PLAYERS TO WATCH

Mariscal averaged 4.6 kills per set last season on her way to earning all-conference and all-state honors while helping the Pirates win their first state title in a decade. She’s averaging 6.6 this year, along with 3.8 digs, for West Side (22-4), which had a 17-game winning streak.

Parker put up 531 kills a year ago. She’s on track to do that again with an average of 15 kills per match, and has a single-game high of 26. So it comes as no shock that Parker has been an all-state and all-conference player the past two years.

The Trojans have had a lot of memorable players being the most decorated 2A program with nine state titles since 2000. And Tinsley is the latest one. She’s a multiple-time all-league player, a first-team all-state selection and led Nampa Christian to another trophy in 2020.

Versatility is Blazzard’s middle name. She’s an outside hitter, but has been a setter and is expected to be a libero at Eastern Washington next fall. The multiple-time all-league and all-state selection is averaging 20 kills and 15 digs per match with a 97% serving percentage.

Hulse helped the Grizzlies win the first state championship in program history last year. She was the High Desert Conference player of the year and an all-state selection. Hulse, who also plays right side, is averaging nine kills and three aces per match this season.

Mackay coach Kashia Whitworth believes Seefried would still be a standout if she were competing at the 4A level. It’s hard not to agree with her. Seefried is a multiple-time all-state and all-league player. She is putting up 16.3 kills, 4.7 digs, and 3.3 aces alone this season.

Uhlenkott picked up a volleyball when she started walking. Fast forward 17 years later, she’s the two-time reigning Long Pin Conference MVP and an all-state player. She’s on pace to eclipse her numbers from last season when she had almost 400 assists and more than 200 digs.

Many have been “shocked” by Wilson’s performance this season. Well, they shouldn’t. She earned all-state and all-conference first-team honors last year. The 6-1 middle blocker is racking up more than 300 kills and 200 digs per match with wins over the likes of Nampa Christian.