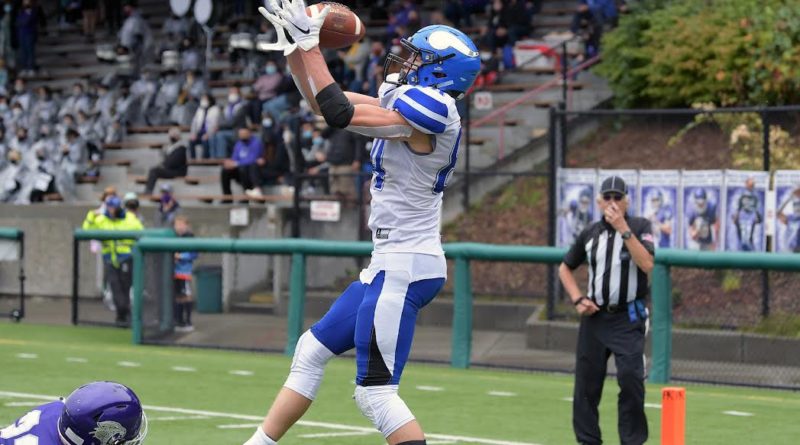 Trojans dominated the previously-unbeaten Tigers, scoring on all but two series with Weber State commit Tiger Adolpho putting up another 300-yard passing game.

Mavericks put up more than 500 yards of offense for the second consecutive week – most of it coming from quarterback Dawson Wahl (216 yards) and running back Quintaz Evans (115).

This week: Travels to Dona Larsen Park against Timberline on Friday night

Grizzlies racked up 37 first-quarter points with quarterback Tegan Sweeney throwing four touchdown passes to four different receivers, while also scooping up a fumble for a touchdown.

This week: Travels to Lake City on Friday night.

Rams finally get some rest after closest game in more than a month, but still won by double digits for sixth consecutive time behind Jaxon Shuman (five catches, TD; 53-yard punt return).

This week: Travels to Skyview on Friday night.

Just like that, Mustangs have back-to-back wins after scoring the final 17 points and shutting out the Wolves in the second half. Ian Duarte ran wild (seven catches, 94 yards, TD; punt return for score).

Warriors bounced back from another heartbreaking loss by grinding one out over underrated Hawks’ team, thanks to three turnovers and a 62-yard catch by Tyson Acree from Zeke Martinez.

This week: Travels to Payette on Friday night.

Trojans dominated both sides of the ball, allowing 144 yards on defense, and averaging 11.4 yards per play on offense – led by running back Hayden Kincheloe (105 rushing yards, three TDs).

This week: Travels to Jerome on Friday night.

A year ago, Spartans were 2-3. Now they are unbeaten, registering another impressive win thanks to Jephy Bendele going off for 167 yards and a pair of touchdowns on 20 carries.

Pirates’ entry long overdue with 27 consecutive victories, longest in the state. They have shut out two ranked programs in 3A – No. 5 Snake River and No. 9 Marsh Valley.