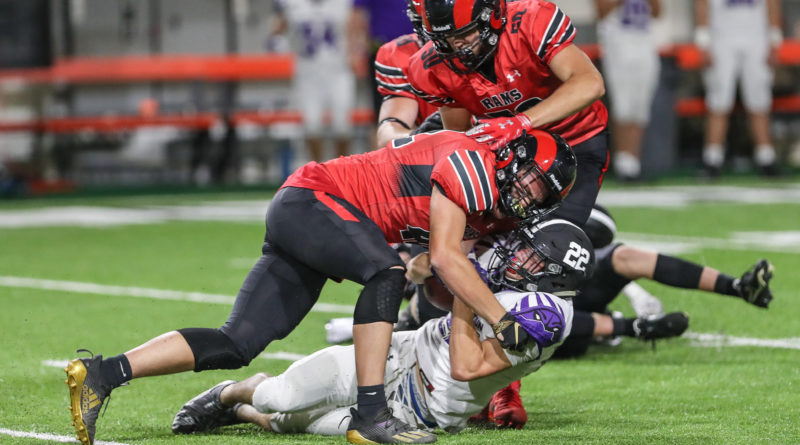 Here is an inside look at the top high school football games across the state of Idaho during the fourth full weekend of 2021:

About the Warriors: Meridian has managed to win its last two games by a combined score of 93-7 without starting quarterback Malakai Martinez (arm). Those wins came against Centennial and Timberline with another Martinez delivering passes – Zeke. Still in search of a signature win, the good news for Meridian is that the older Martinez is expected back to lead the offense once again.

About the Eagles: Capital is off to a 3-0 start for the second consecutive season, and senior Max Clark (999 passing yards, 14 TDs) is off to as good of a start as any quarterback in the state. He’s been so efficient, completing 76% of his passes. But like Meridian, this will be the Eagles’ first real test of the season in what is expected to be a high-scoring game.

Game nugget: No team in this series has won consecutive regular season games against the other since 2015.

About the Mustangs: After suffering a sixth consecutive loss to rival Rocky Mountain, Eagle has no time to dwell on it. The Mustangs are facing arguably the top team in the 5A SIC on Friday. They will need much better production out of the ground game, which after two consecutive games of more than 200 yards, was held to just 61 last week. Wide receiver-turned-tailback Deegan Martinho (274 yards, four TDs) and quarterback Jack Benson will be pivotal in making that happen.

About the Mavericks: A 5A SIC revenge tour? Mountain View has already beaten the two other teams (Rocky Mountain, Meridian) that helped send it to an 0-3 start a year ago – and this is the third team Friday night. The Mavericks’ great start can be attributed to their two-headed rushing attack of Quintez Evans (361 yards, five TDs) and Dallas Slocum (154 yards, two TDs), along with a stingy defense (13.3 points per game).

About the Rams: That season-opening 12-7 loss seems like many moons ago after Highland has ripped off three consecutive wins, including a 45-6 rout over Century a week ago. Quarterback Jack Whitmer (64-of-98, 756 yards, six TDs) and running back Eli Parrish (268 rushing yards, four TDs) have driven the attack, but this defense (13 sacks, six turnovers) has been stellar all season. It hasn’t given up more than 13 points in a game in 2021.

About the Thunder: Coach Dave Spillett recently had fun joking with the media about folks jumping on their bandwagon again as they are off to a 3-0 start in back-to-back seasons. This team might have more staying power. Tailback Ryken Echo Hawk has had 100-yard rushing outing each time out, but this linebacking corps, led by Hunter Killian and Jaxon Williams, has made key behind-the-line-of-scrimmage stops when Pocatello has needed it most.

About the Bulldogs: After a week off – the team’s scheduled opponent, Colville (WA), canceled because of a COVID-19 outbreak – Sandpoint sees something drastically different in the top team in 3A. But the Bulldogs have a stellar offensive backfield leading the way in quarterback Parker Pettit (245 passing yards, 193 rushing yards, three total TDs) and running back Gerrit Cox (274 rushing yards, four TDs; receiving score as well).

About the Trojans: This will be Homedale’s fourth consecutive game against a 4A school – and the defense has fared well by giving up just 38 points in three games. Quarterback Jaxon Dines (27-of-39, 411 yards, eight TDs; 224 rushing yards) has been on point so far this fall, and if all else fails, the Trojans can just hand it off to their all-state running back in Hayden Kincheloe (17 carries, 167 yards, three TDs in debut against Baker City last week).

About South Fremont: Lots of talks has centered on three-time state runner-up Homedale, and Gooding with the state’s top recruit in Colson Loveland. Are the Cougars being slept on? They have already beaten two 2020 playoff teams (Timberlake, Aberdeen), and have one of the best quarterbacks in the state in Kaimen Peebles (651 passing yards, eight TDs), who is coming off a 241-yard, three-TD performance against Aberdeen.