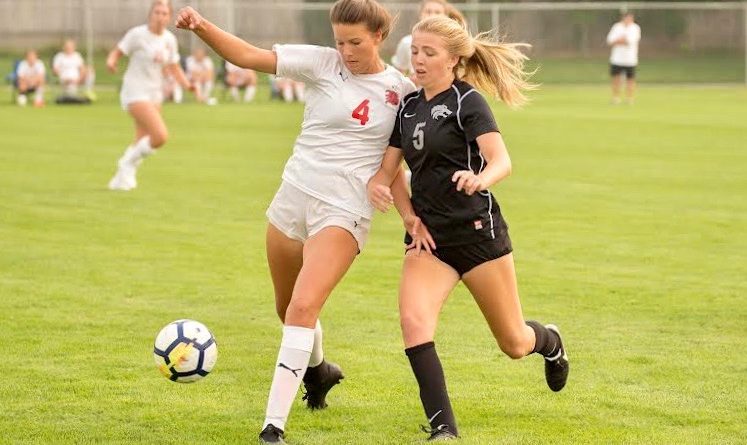 BOISE – The Boise High School girls soccer team is 5-1, has badly outscored its opponents (33-8) and and hasn’t allowed a single goal in more than two weeks.

So just imagine what the mood will be like when junior all-state central defender Annie Liebich rejoins the Brave in a few weeks after spending the past five months recovering from a broken foot in hopefully?

“I want nothing more than for her to be able to get back to the field, and I know her team thinks the same way,” Boise High girls soccer coach Nicole Arsenault said. “She is the epitome of an elite athlete. She’s got the full package in terms of mentality, just enough confidence to have a little bit of swagger. The natural innate ability to lead without forcing anything.”

If the name Liebich sounds familiar, it should. She is the younger sister of Princeton runner Maggie Liebich and Nick Liebich, who helped the Boise boys soccer team win a Class 5A state title a year ago.

Annie Liebich is following in their athletic-achievement footsteps: She started as a ninth grader when Boise won the 5A District III championship against the Rocky Mountain Grizzlies before losing to them in the state title game in a penalty-kick shootout.

She really burst onto the scene last season, earning both first-team all-5A Southern Idaho Conference and all-state honors for the Brave, which advanced to the state championship game for the third year in a row.

Boise lost – again – to Rocky Mountain, 2-1. Liebich was knocked out of the game just 20 minutes in with a hip pointer.

“It was so difficult,” Liebich said. “I felt like not only was I letting myself down, but the rest of the team as well.”

Liebich, who attends and also plays basketball for Riverstone International School, landed awkwardly on her right ankle after a layup during a district tournament game against Notus on Feb. 12. She continued to play on an ailing foot over the next two months with her Idaho Rush club team before finally seeing a doctor in April.

“I was going into the doctor thinking that it was just a fracture and that it would heal itself,” Liebich said. “And then when I was told I had to get surgery I instantly was like, ‘How many weeks and am I going to be able to play in high school?'”

Liebich had two screws and a bone graft surgically implanted May 4 before spending the next eight weeks on crutches and in a weight-bearing boot.

In between rehabilitation and personal training sessions, Liebich has missed all six of Boise’s games thus far. She watched from the sideline as the Brave gave up seven goals – the most allowed in 11 years – in a 7-5 loss to nationally-ranked Lone Peak of Utah.

“I was like, ‘Wow, I should have gotten surgery earlier. I should have listened to my body, and maybe I would have been able to play,'” Liebich said.

But Liebich – who has interest from the likes of LSU as a center back – had another scare recently: She was in a car accident, and suffered a concussion.

“I watched not only just how fast my soccer career can end, but how fast anyone’s life can end,” Liebich said. “It definitely puts life in perspective. I’m so much more grateful for just being here and being around the team I love.”

It’s why while she is still recovering, Liebich hasn’t missed a single game or practice. She is also mentoring the defensive players from the sideline, including talented ninth grader Maizy Kluksdal. It’s one of the many reasons why Liebich was selected by her peers as a team captain for a second consecutive season.

“It’s a no-brainer,” Arsenault said. “If you were to watch the depth, chemistry and the dynamic, it’s very obvious where she fits within our role. Even though she is not on the field, she picks and chooses her moments to contribute.

“She’s handled it as well as any kid whose heart and soul want to be on that field.”

Liebich has only been able to pass the ball to herself. But she was just cleared to start running and will start one-versus-one drills next week. Liebich’s return is still weeks away, though (there is hope she will return by senior night Oct. 5, which is also the final game of the regular season).

Whenever the day is, it can’t get here soon enough.

“I’ve just been itching to get on the field,” Liebich said. “There’s been many times where I’ve just been wishing that I never got the surgery and that I just pushed through the pain because there’s only so much you can do from the sidelines.”

(Photos courtesy of ‘Photography by Kam’)