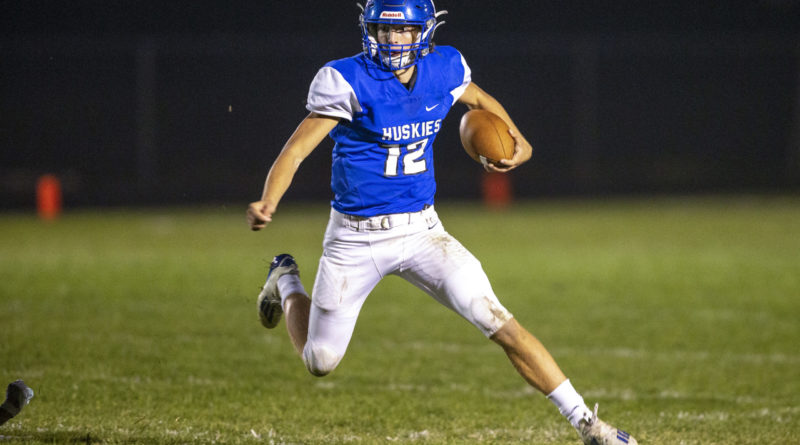 Here is an inside look at the top high school football games across the state of Idaho during the third full weekend of 2021:

Game nugget: It’s the sixth annual Herb Criner Bowl, named after the longtime coach at both schools – and other programs across Idaho.

About the Grizzlies: Rocky Mountain experienced something last week that it hadn’t in 1,435 days – a loss to a 5A Southern Idaho Conference opponent. Now the Grizzlies will look to rebound by holding onto another traveling trophy – the Herb Criner Bowl – that’s been in their possession since 2017. Rocky Mountain will need more from its offense, which struggled against Mountain View, in order to do so. The Grizzlies’ leading rusher a week ago only had 59 yards. Juniors Arthur Williams (RB) and Tegan Sweeney (QB) will be key in getting that back on track.

About the Mustangs: No Ethan Mikita? No problem for the Mustangs, who rolled over Kuna 42-7 last week after losing their preseason all-state athlete in the opener. But Eagle faces its toughest test to date in the always vaunted Rocky Mountain defense, which is going to be particularly motivated after a tough loss last week. The Mustangs will look to junior Deagan Martinho to pound the rock again. He had 142 yards and a pair of TDs last week, and the Grizzlies did give up 243 yards on the ground against Mountain View.

About the Knights: Payback? That early-season defeat put Bishop Kelly behind the 8-ball in the league championship race. It was Knights’ first time losing to Emmett in nine years. In order to avoid the repeat, they will do what’s always brought them to the dance – run the football. Senior tailback Seth Knothe has already racked up 416 yards and seven scores this season.

About the Huskies: Emmett was last fall’s state darling. But that was then – and this is now. The clock may have already struck midnight on the Huskies, who suffered a bit of a surprising loss to 3A’s Weiser a week ago. However, Rich Hargitt’s group has shown what happens when you discount them. They actually thrive on that. Senior quarterback Caden Young’s legs and arm will be critical. But more importantly, the Emmett defense must find a way to contain Knothe.

Game nugget: Rigby has won the past four meetings by a combined score of 136-76.

About the Grizzlies: Skyline avoided its first 0-2 start in four years last week against a Thunder Ridge team that lost QB Tao Johnson early in the second half. The Grizzlies will need to be near-perfect to avenge their only loss last season. Quarterback Lachlan Haacke, who threw for almost 300 yards and three TDs last week, along with wideouts Caden Taggart (152 yards, two TDs) and Kenyon Sadiq (116 yards, TD) will all be critical in matching Rigby’s firepower.

Game nugget: Meridian is 5-3 against Timberline since 2010.

About the Wolves: Timberline was a lot of pundits’ darkhouse pick in the 5A SIC (including SBLive Idaho). Now the Wolves have a golden opportunity to post their first 3-0 start since 2015. In order to do so, Timberline will look to the dynamic 1-2 punch of Montana State commit Taylor Marcum (169 yards, five TDs) and Wade Zenner (504 yards, four TDs) to continue its prolific offense thus far, which is averaging 48.5 points per game.

About the Warriors: Senior quarterback Malakai Martinez (arm) confirmed this week he will miss the game Friday. The good news is that he has talented younger brother who showed he could handle varsity pressure. Ninth grader Zeke Martinez completed 10-of-14 passes for 180 yards and three TDs in a 41-0 shutout over Centennial. He’ll have a bevy of weapons at his disposal too, including Quentin Riley, who leads the league in receiving with 13 catches, 218 yards and a TD.

About the Tigers: Kendrick has been stellar early in 2021 with victories over 2020 1A Division I semifinalist and a former state champion Lighthouse Christian in the opener before shutting out Kootenai last week. A win this week against the reigning D1 champions would be the biggest statement yet, and sophomore quarterback Ty Koepp has been nothing short of remarkable with 437 passing yards and 10 TDs in two games.

About the Hornets: Despite having to replace nine all-state players off its state championship squad, Oakley – which has won 13 of its past 14 games – hasn’t missed much of a beat in the early going. Senior wideout and linebacker Dace Jones has led the way on both sides of the ball with five TDs on offense, and two interceptions on defense.