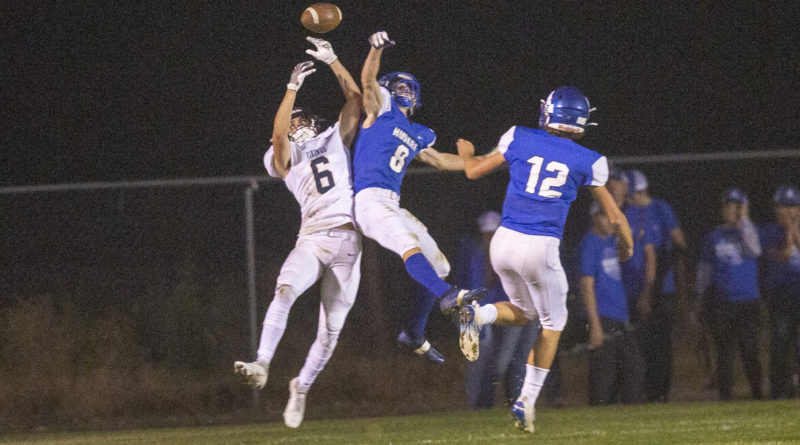 Every season brings on new questions – and here are the five I am most curious about going in:

WHAT TO EXPECT IN ROUND 2 OF COVID-19

With the resurgence of coronavirus cases due to the Delta variant, and hospitals at a breaking point, it’s hard not to think that this will affect the season in some way. The Idaho Department of Health and Welfare reported 1,217 new cases as of Aug. 18. Expect that number to be even higher by the time you’re reading this. According to the Idaho Statesman, new cases have soared more than 1,200% since early July.

So will fans, students, cheerleaders, band members and even media members all still be able to attend games by season’s end? Could we see forfeitures if there’s an outbreak among teams?  According to IHSAA Executive Director Ty Jones, it’s up to the schools right now. And some schools like the Boise School District have implemented mask mandates. There are also mask mandates at places like Dona Larson Park, which serves as the home field for the Boise schools (Boise, Borah, Capital and Timberline) and at Holt Arena, where Rocky Mountain kicks off its season Saturday against Highland

Jones said a worse case scenario of the IHSAA suspending or even canceling the season like it did in the spring of 2020, is a “last resort,” but didn’t rule it out entirely.

HOW WILL NEW SCHOOL SURVIVE IN STATE’S TOUGHEST LEAGUE?

History has shown that it usually takes first-year programs a bit to get their feet underneath them. There have been some exceptions. The Ridgevue boys soccer and Ridguevue softball teams did play for a state title in their first seasons. But generally, it takes some time.

Owyhee High School is also playing in the 5A Southern Idaho Conference, arguably the toughest league in the state with the likes of defending champion Rocky Mountain, Mountain View, Eagle, Capital, Meridian and others.

However, the Storm has a lot of things going in its favor in Year No. 1: A state championship coach (Sherm Blaser), an all-league quarterback (Jack Payne) and Owyhee pulled a lot of its players from Rocky Mountain, which is arguably the best-run program in Idaho right now.

WHAT DOES THE STATE’S TOP RECRUIT HAVE IN STORE FOR US?

You know the name Colston Loveland, out at Gooding High School. But just in case you’ve been living under a rock for the past few years, let me remind you The 6-foot-5, 230-pound four-star tight end, according to 247sports.com, is the highest rated prospect to come out of Idaho since Highland’s Tommy Togiai, who is in the NFL with the Cleveland Browns right now.

Loveland has played on varsity since his ninth year. He’s been an all-state selection at tight end the past two years (160 catches, 1,963 yards and 20 touchdowns during that span). Loveland received national attention with an offer from Alabama in the spring, and has since committed to the University of Michigan.

He seems to be on the short list of state player-of-the-year candidates in 2021. But his real focus is on the team. The Senators haven’t advanced past the quarterfinals during his tenure there, and haven’t won a state title in 36 years.

WHO WILL BE THIS YEAR’S ‘CINDERELLA?’

We all love a good underdog story – the team that nobody believes in, which suddenly makes a surprise playoff run. It seemingly happens every year. Emmett was that team last year. The Huskies were 4-14 in 2018 and 2019 before getting on a run last fall, winning the 4A Southern Idaho Conference and advancing all the way to their first 4A title game in program history – despite a season of adversity.

I’m not going to pretend like I have a crystal ball, but some teams that come to mind as new “Cinderella” candidates are Marsh Valley, Timberline and Cole Valley Christian.

Marsh Valley returns two all-state players in seniors Michael Belnap (RB/LB) and Payton Howe, but has to find a way to get out of the 3A South East Idaho first. Timberline has a good coach in former Boise State player Ian Smart, and returns six all-league players, including Montana State commit Taylor Marcum. Again, life in the 5A SIC isn’t easy. And Cole Valley Christian may have the most underrated quarterback in the state in 6-3, 200-pound senior Carter Fortin, who was hurt much of last year.

WHICH DYNASTY MOST LIKELY WILL CONTINUE RUN OF DOMINANCE?

The three teams that come to mind that fit this mold are Rocky Mountain (5A), Sugar-Salem (3A) and West Side (2A) – all defending state champion.

Rocky Mountain is 31-1 with two state titles over the past three years. Sugar-Salem is in the midst of three consecutive state titles, something that hasn’t been done in the classification in almost 20 years. And West-Side, with back-to-back titles, owns the state’s longest winning streak at 21 games.

My two cents is with West Side: The Pirates have one of the best playmakers in the state in Bryler Shurtliff, who was an all-state player at three different positions last year (WR, DB, K). They have two more all-state returners in seniors Blaize Brown (QB/DB) and Cage Brokens (RB/LB).

Sugar-Salem and Rocky Mountain are filled with a bevy of talent, too. But so are many others in their respective classifications. Homedale, Weiser, Gooding and South Fremont are all legit threats to Sugar-Salem, while Rocky Mountain is going to be hunted by Mountain View, Rigby, Coeur d’Alene, Eagle, Capital, Highland – the list goes on and on.