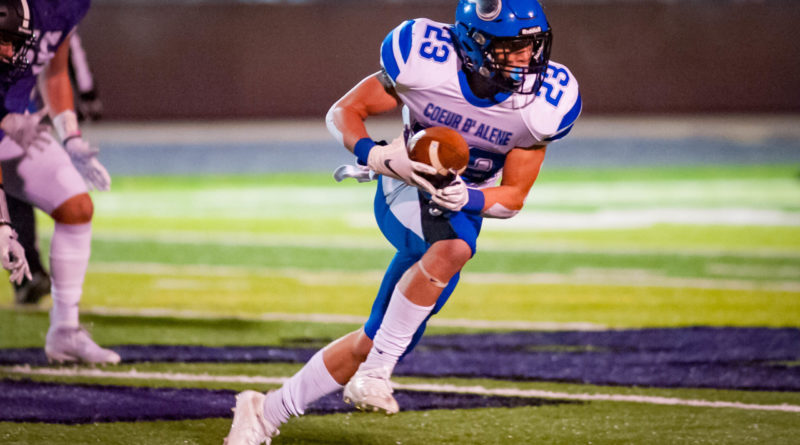 SBLive Idaho is previewing the Top 15 high school football teams in the state ahead of the 2021 season. Here’s an inside look at the Coeur d’Alene Vikings of the 5A Inland Empire Conference – No. 3 in our countdown.

8-1 (first place in 5A Inland Empire League); lost in 5A semifinals.

9 total on offense and defense.

They eight all-state players, and 12 all-5A Inland Empire selections, including quarterback Jack Prka, who threw for almost 2,400 yards and 32 touchdowns a year ago.

But there’s a reason why Coeur d’Alene is the king of the north with a four-year run that’s featured four league titles, four state semifinal appearances and two championship game showings.

And with 34 seniors returning in 2021, the Vikings should be just fine.

“I always say, ‘’ think we will be good or really good,’” Coeur d’Alene coach Shawn Amos said. “We haven’t had a senior class this size before. Usually 24 kids is a normal class for us. But the biggest thing is – this group has done the right things in the offseason. They have the right mindset and they have the right culture. You just want to have a chance at the end, so I think we’re still in that conversation.”

The Vikings don’t have any shortage of talent either, especially on the defensive line.

They bring back last year’s state sack leader in senior Cameren Cope, who got to opposing quarterbacks 12.5 times. The 6-foot-5, 210-pound edge rusher is also a top-15 recruit in the state, according to 247sports.com, and has an offer from Idaho State. He was the IEL’s defensive newcomer of the year in 2020.

Cope will be joined alongside all-leaguer Jaxson Washington and Wyatt Sanford, who are both mountain of men, too. Washington comes in at 6-2, 250 and is rated just behind Cope in Idaho’s 2022 recruiting class. He has offers from Idaho State, College of Idaho and Whitworth (WA). Sanford is the biggest among them at 6-4, 265 pounds with offers from Montana State-Northern and Montana Western.

“I think we have some real exceptional (defensive linemen), for sure,” Amos said. “But in order to carry on for the long haul, we do need to develop some depth at that position, too. We like to play a lot of guys, especially on the D-line, and we have some guys fighting to do that.”

Sanford, Washington and senior Cade Prado, who has been biding his time over the past few years, will all play on an offensive line that is expected to feature all seniors.

Senior Brayden Bengston has also waited his turn, and will take the reins at quarterback from Prka. He has good size (6-1, 200), and fended off a training-camp challenge from Wyatt Porter, who transferred in from Spokane.

Bengston did see playing time last year – his most extensive action coming in a 5A quarterfinal win over Timberline (9-of-15, 138 yards, touchdown).

“He has all the skills that you want,” Amos said. “He’s extremely smart, can make all the throws you need him to throw, kind of sneaky athletic, good leader and the kids love him. So we think he’s going to be a real good quarterback for us.”

Cope will also see time at tight end. Seniors Isaiah Griffin, Tanner Langley and Sam Entzi will round out the receiving corp. The trio will almost make up most of the secondary, led by Griffin, who was an all-state selection last season.

The primary ball carrier will be senior Gunner Giulio, who still earned all-state honors a year ago while splitting carries. Giulio will also complete that aforementioned secondary as a strong safety, and is also a three-time state wrestling champion.

Senior Robert Collier, who was set to be the featured running back at Spokane powerhouse Gonzaga Prep, transferred in, and should be a quality back-up to Giulio.