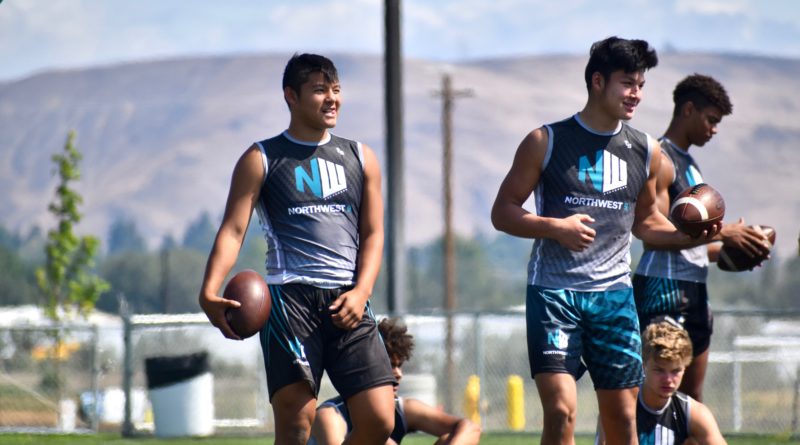 SBLive Idaho is previewing the Top 15 high school football teams in the state ahead of the 2021 season. Here’s an inside look at the Meridian Warriors of the 5A Southern Idaho Conference – No. 8 in our countdown.

4-3 (third place in 5A Southern Idaho Conference West Division); lost in 5A first round.

15 total on offense and defense

After two years of building, which included beating perennial Class 5A powerhouse and crosstown rival Mountain View for the first time in 12 years, this is the season the Warriors have been waiting for.

With 15 returners, including a top-10 three-star recruit, Meridian seems poised to win its first playoff game in 14 years – and possibly a lot more.

But Meridian coach John Zamberlin, who coached in the Canadian Football League with the Hamilton Tiger Cats, as well as the college game at Idaho State and Central Washington University, said it’s not just about this season.

“This has been a process, and we don’t want to be a one-hit wonder,” Zamberlin said. “We want to be a program that’s consistently year in, year out mentioned in the top of the preseason polls – like Rocky Mountain, who’s been dominant with a few championships. Those guys have set the bar high, and we’re striving to be on the same level with them.”

The foundation to that could be set with 5A state player of the year candidate Malakai Martinez. The 6-foot-0, 180-pound senior quarterback is a three-star recruit, and the 10th-best prospect out of the Idaho 2022 class, according to 247sports.com. Martinez just took sixth at the Northwest 9, a showcase featuring the top quarterbacks in the Pacific Northwest, in Yakima earlier this month.

“Malakai took some really great strides last year,” Zamberlin said. “He has the same approach whether it’s in the classroom, on campus, the football field or in the weight room, a great work ethic and leads by example. He’s just a great competitor and a great worker and just a very humble person.”

Martinez will have a lot to work with too, including a pair of tall all-5A SIC wideouts in seniors Davis Thacker and Quentin Riley. Thacker (6-4) was a first-team selection, while Riley (6-3) was right behind him as a second-team pick. Zamberlin also mentioned junior Tyson Acree, who doesn’t have the size (5-10) as Thacker and Riley, but is a speedster.

Senior Kross Antonnacchi, an all-5A SIC second-team running back last year, will once again carry the rushing attack for Meridian, and sophomore Marco Del Rio – a Capital transfer – is expected to get his fair share of touches, too. They’ll run behind an offensive line that, while it won’t start a single senior, is still talented. Junior Cainen Sanchez is one Zamberlin has been particularly impressed with, and expects to be the leader up front.

All-league linebackers Nathan Reynolds (jr.) and Tristan Martinez (sr.) will anchor the defense. Reynolds now stands at 6-4, 220 pounds, while Martinez, Malakai’s cousin, is smaller at 5-10, 185 pounds, but just as tenacious.

Senior Ashland Gardner (DB), juniors Max Gwilliam (LB), Jacob Hartsough (DE) and sophomore Ryan Corder (DB) are ones to look out for on that side of the ball as well.