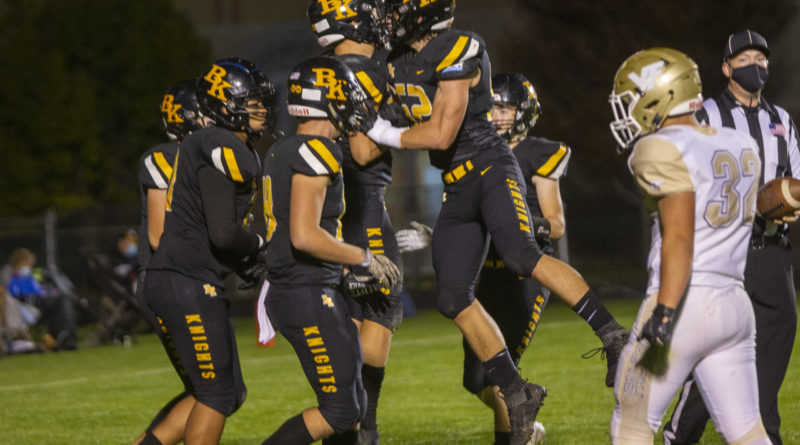 SBLive Idaho is previewing the Top 15 high school football teams in the state ahead of the 2021 season. Here’s an inside look at the Bishop Kelly Knights of the 4A Southern Idaho Conference – No. 9 in our countdown.

7-2 (second place in 4A Southern Idaho Conference); lost in 4A quarterfinals.

10 total on offense and defense.

Bishop Kelly has won three Class 4A titles and played in five finals since 2013.

But the Knights’ last appearance was in 2018 – and their last championship celebration was almost six years ago.

No, this isn’t some long title drought. But at Bishop Kelly, the standards are just a little different. And back-to-back quarterfinal losses the past two years simply fall short of the expectation.

“There’s no question about it,” Bishop Kelly coach Tim Brennan said. “Our goal every year is to make the playoffs and to win the last game of the year. We realize a lot of things have to go your way for that to take place, but that is always one of our goals.”

Despite the loss of 13 all-4A Southern Idaho Conference players, and 29 seniors total, the Knights should have more than enough depth to try and get back to the top of the mountain again. That’s because they have another 29 seniors on the roster, to go along with another 34 juniors.

In all, Bishop Kelly has 140 kids out for football this season.

And out of those kids, there are several who stand out among the rest, starting with senior Seth Knothe.

The 6-foot-1, 205-pound halfback earned both all-state and all-SIC honors by racking up 1,359 all-purpose yards and 23 touchdowns. Brennan said Knothe, who has interest from the likes of Cal-Berkeley and Yale, is even faster this year. He will be joined in the backfield by returning fullback Cormac Mullin.

They will run behind 6-4, 260-pound senior Marcus McFadden, who will also have to guide an inexperienced offensive line. McFadden is the only returner up front.

Senior tight end James Bell, along with all-league senior wideouts Jack Heffner, whose dad played for Brennan on the 1994 championship team, and Jason Buss will be valuable weapons for whoever the quarterback is (more on that in a moment). Heffner and Buss will both play defensive back, too. They will be joined by safeties Gabe Lamey and Luke Legarreta to make up a pretty stout secondary – all behind all-league linebacker Jacob Inouye.

The quarterback competition between senior Colin Dempsey and junior Hadley Smith could go down to the wire. Both might play in tandem as a way to replace dual-threat Keegan Croteau.

“Hadley is kind of like a fullback running the ball whereas Colin is like a tailback or receiver in the sense that he can outrun people,” Brennan said. “But they both throw the ball well, being baseball players. They both have never started in a varsity football game, so there’s a lot of learning for them, but they’ll both do fine.”