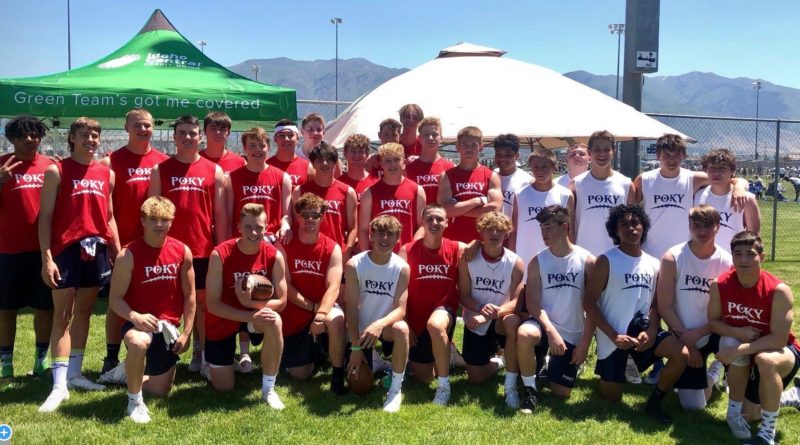 SBLive Idaho is previewing the Top 15 high school football teams in the state ahead of the 2021 season. Here’s an inside look at the Pocatello Thunder of the 4A South East Idaho Conference – No. 13 in our countdown.

10 total on offense and defense.

A six-win regular season and a playoff appearance may not jump off the screen, but for the Thunder last season, it was a “really big deal.” Their 2020 campaign snapped a string of seven consecutive losing seasons.

“If you look back at where the program was when we took it over seven years ago, it was in a pretty bad spot,” Pocatello coach Dave Spillett said. “So I’m extremely proud of the coaches that we have and extremely proud of the kids that we’ve had through the program over the last seven years who’ve really changed the perception of what Pocatello High School football is.”

Pocatello returns 10 players, including who Spillett calls the “heartbeat of the team,” senior Hunter Killian.” The 6-foot-1, nearly 200-pound linebacker has started since his sophomore year when he earned all-state honors. He doubled his production last fall as a junior.

Seniors Jaxon Williams (LB) and Matt Christensen (DB) are ones to watch out on that side of the ball as well. The two will also play both ways with Williams already receiving an offer from Montana Tech after moving to left tackle, and Christensen playing wideout.

Senior Zach Park will join Christensen in the receiving corp unit. Park played quarterback for the Thunder last season, but Spillett says this is “natural position.”

The new man under center will be senior Ryan Payne, who after not quite being ready a year ago, improved immensely during the offseason to win the quarterback battle over Park and sophomore Dre Contreras.

But the one thing that isn’t changing on offense is Ryken Echohawk as the featured running back. The workhorse as a ninth grader last season, Echohawk has put on another 25 pounds, and is actually faster after the weight gain, Spillett said.

So what is Pocatello High School football now?

“We don’t look at it as pressure. It’s more of a payday for us,” Spillett said. “There’s been a lot of work that has gone into getting these guys to this point. And our kids have earned that. It didn’t just happen. Making the playoffs isn’t the goal this year. It’s how deep are we going to go?”