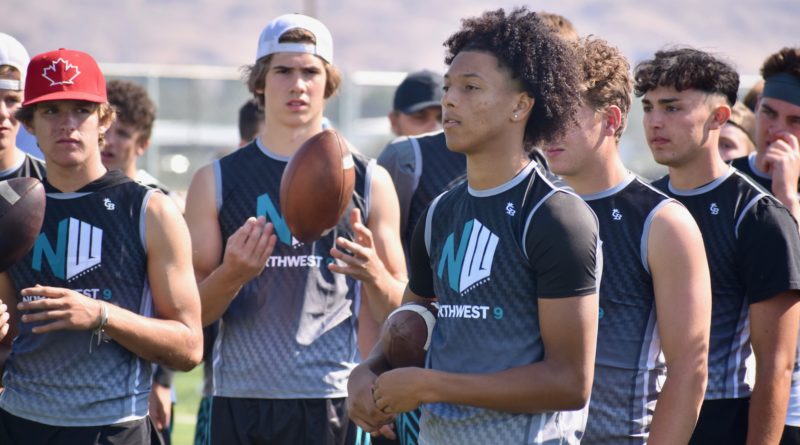 It was no secret that Lincoln of Tacoma quarterback Gabarri Johnson was the unquestioned favorite to repeat as the underclassmen winner at the 2021 Northwest 9 Showcase – he was declared the overall camp MVP in Yakima.

But the class-of-2022 division result was squarely up in the air.

So, after event organizers reviewed the film and discussed their evaluations, they released the officials results Tuesday afternoon for all divisions.

And those results made Graham-Kapowsin High School’s Joshua Wood a happy man. He narrowly edged out Tualatin (Ore.) High School’s Jackson jones for the title among senior-to-be quarterbacks.

Meanwhile, Johnson – one of the top quarterbacks prospects nationally in the class of 2023 – held off newcomer River Lien, of Glacier Peak (No. 2) and Sheldon (Ore.) High School’s Brock Thomas (No. 3).

Here are the officials results: