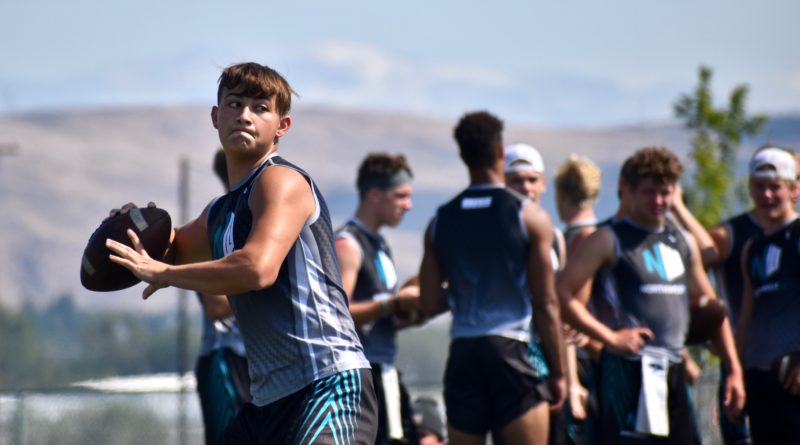 YAKIMA – It was three grueling days of quarterback testing — all in an effort to not only get film out to recruiters, but to crown divisional winners in different age groups (which won’t be released until Tuesday).

One champion was crowned as the overall 2021 Northwest 9 Showcase camp most valuable player in Lincoln of Tacoma’s Gabarri Johnson, the reigning underclassmen winner as well.

NW9 founder Taylor Barton said the blueprint of this year’s event resembled what it was in the early days at Northwest University in Kirkland, housing, feeding and getting teenagers used to more of an intimate setting.

Barton said the showcase might expand in the future to include a fourth division — a youth classification made up of pre-high school quarterbacks.

Here is a photo gallery from the 2021 NW9 at Sozo Sports Complex: