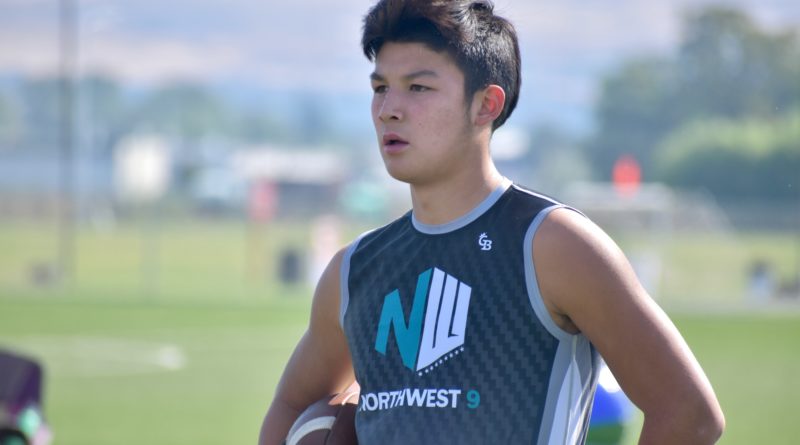 YAKIMA, Wash. – Last fall, Weiser High School’s Brett Spencer was the only quarterback from Idaho to qualify for the main event at the Northwest 9 Showcase.

This weekend, he brought friends to Sozo Sports Complex – many of them.

And a set of brothers – Meridian High School’s Malakai (senior) and Zeke Martinez (ninth grader) – were on the leaderboards of their respective divisions after all three testing days.

Final results will not be made officials until Tuesday when they are released, but it is safe to assume that both Martinez’s have great shots landing top spots.

“They are just students of the game, and love to go to work,” said Taylor Barton, the Northwest 9 founder and chief organizer.

Malakai has been a fast riser this spring and summer, earning quarterback-MVP honors at the Boise State camp, and leading his club team – Triple Threat Academy – to the Pylon 7v7 national tournament finals in Nevada.

“I’ve gotten a lot more noise showing up at these camps,” Malakai said.

Everywhere he’s gone, Malakai has had his brother with him – including this weekend.

“This kid is going to be up and coming, too,” Malakai said.

It just won’t take as long, the brothers agreed.

“He is paving the way for me,” said Zeke, who is expected to back up his brother at Meridian this fall. “I don’t have to do as much as he did … getting my name out there.”

When asked which off-the-radar quarterback got his attention the most, Barton did not hesitate. “Reed Harris,” he said. “His life is going to change.” Harris was the first entrant ever from Montana, and the junior at Great Falls High School was the towering presence of the camp at 6-foot-4 and 190 pounds. Barton thinks he is a Power 5 athlete at the next level.